Spain: Chasing the Sounds of Flamenco 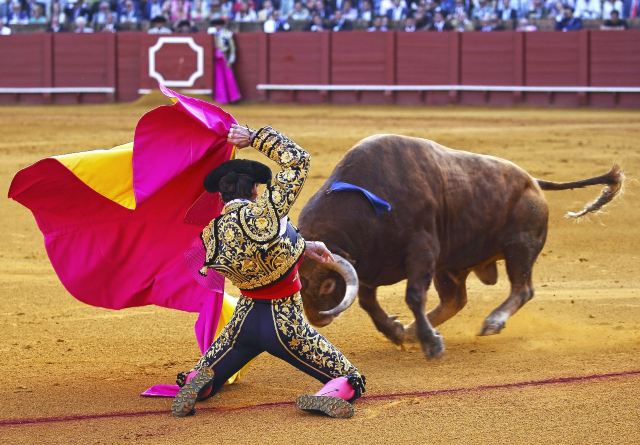 Spain, occupying most of the Iberian Peninsula, is one of Europe’s best destinations. A magnet for those seeking simple charms, amazing cuisine, and incredible culture, Spain is a diverse country offering visitors multitudes. In this short travel guide, we’re going to delve into those can’t-miss cities and towns. These are the places you’ve seen in films or imagined as you thumbed through a novel by Hemingway. They live between the notes in a melody strummed on a flamenco guitar or in the smells and tastes of tapas. Spain’s bounty is open to all so come discover why this destination has for so long captivated writers, poets, and world travelers. 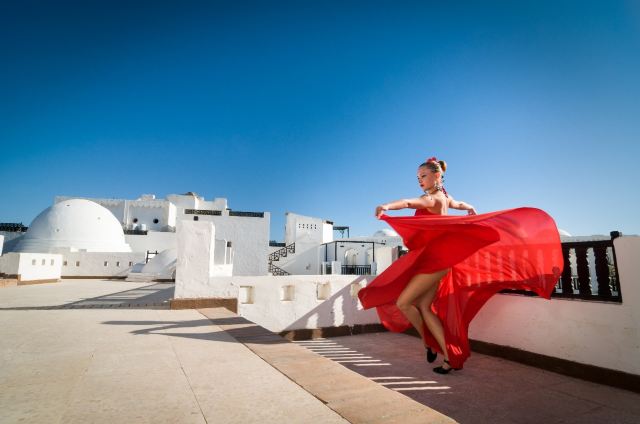 Spain is a modern and developed nation. Transportation links are well-established and tourists should have no problem getting from place to place. Most air carriers have flights to major Spanish cities. Madrid and Barcelona are likely to offer the best options, particularly if you’re traveling to Spain from destinations outside Europe. The Spanish national rail carrier, Renfe Operadora operates passenger trains throughout the country, including high-speed inter-city services with links to France. There is a network of national highways, so it’s also possible to travel by car or coach, and tourist facilities are extensive. In general, it is safe, easy, and reliable to travel in Spain. 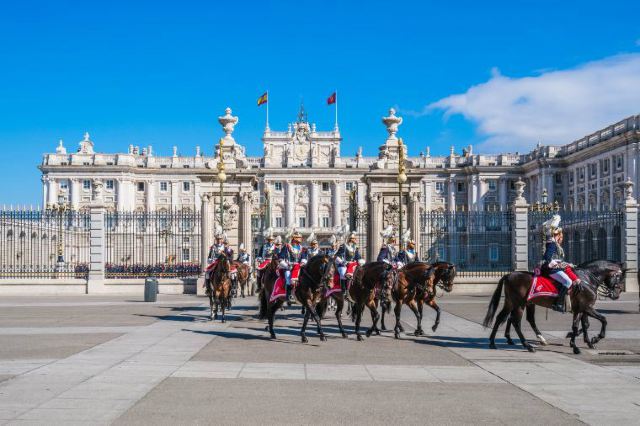 Madrid is a lovely city with a tangle of narrow streets, historic architecture, and lots to see. A good place to start your tour is on the Puerta del Sol. Located in the center of the city, Puerta del Sol serves as something of a town square. Explore the streets and alleys around the plaza. Make a stop at Plaza Mayor before heading west to the Royal Palace. Once the home of Spanish royalty, it is now reserved for official state functions. Tour the Palace and grounds before venturing to other sights nearby including Sabatini Gardens and Teatro Real. El Retiro Park is a must-see attraction. The enormous urban park draws in people from all walks of life. Stroll along the many paths and don’t miss Palacio de Velázquez and Palacio de Cristal. Located nearly due north from El Retiro Park is Santiago Bernabéu Stadium, home to fabled Real Madrid. On game days this area is electric and people from all over the city will stop to watch los Blancos play. If you’re at all a football fan, this is a must. Madrid’s culinary scene is phenomenal as is the nightlife. There is always something good to eat or drink. You’ll find the city’s residents frequenting bars and cafes late into the night. Madrid is easily a place you can spend several days. 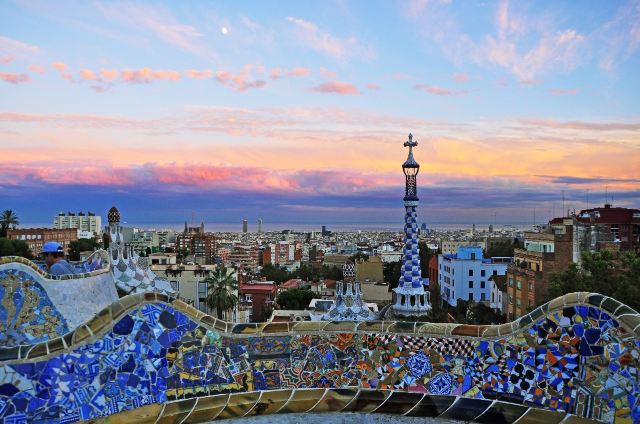 Capital of Spain’s autonomous Catalonia region, Barcelona sparkles in the Mediterranean sun. Here you can explore where Roman ruins mingle with Gaudi’s modernism. Start at the famous “Block of Discord” where you will find three prominent examples of Catalan modernist architecture including Gaudi’s Casa Batlló. More of his works are scattered throughout Park Guell and, of course, don’t forget to tour the legendary Sagrada Familia, Gaudi’s still unfinished masterpiece. Like Real Madrid, FC Barcelona is a legendary football club whose home field is Camp Nou. At night, spend some time in the Gothic Quarter and along Las Ramblas, the pedestrian boulevard in the heart of the city. Restaurants and bars are filled with the sounds of flamenco guitar as patrons carry on conversations or dance the sardana. Barcelona can seem cut from a different cloth. Its distinctly Catalan charms separate it from Madrid, Valencia, or Bilbao. Come discover all that Catalonia has to offer and why Barcelona is one of the world’s great travel destinations. 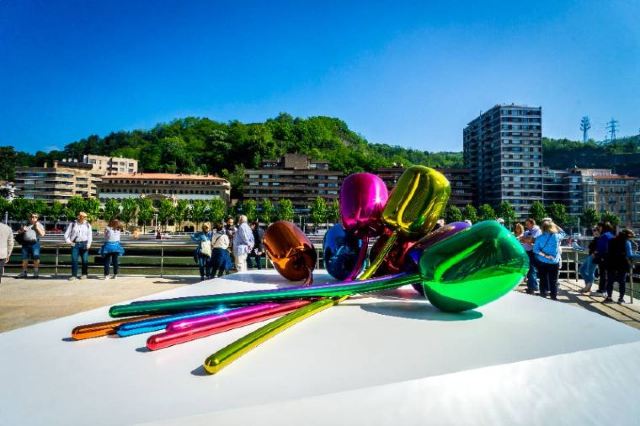 Northern Spain is Basque Country. In Bilbao, the regional capital, great architectural works adorn city streets. Plaza Moyúa is an elliptical park and a good place to start your tour. Wander up to Bilbao Fine Arts Museum where you see paintings by Gauguin and Barceló in the museum’s permanent collection. Rotating exhibits regularly feature exciting artists so there’s always a good chance you will find something to enjoy. Not far away is the city’s star attraction, the Guggenheim Museum Bilbao. Marvel at Frank Gehry’s masterpiece, considered by many to be one of the finest examples of contemporary architecture in the world. The museum’s collection is first-rate and rotates with the Guggenheim Museum in New York City. One of Northern Spain’s beloved attractions is found in Pamplona, a little more than 110 km southeast of Bilbao. It is here you can experience the famed “running of the bulls.” In a tradition dating back to the 14th century, the running is an integral part of Spanish culture and one of the country’s most well-known traditions. 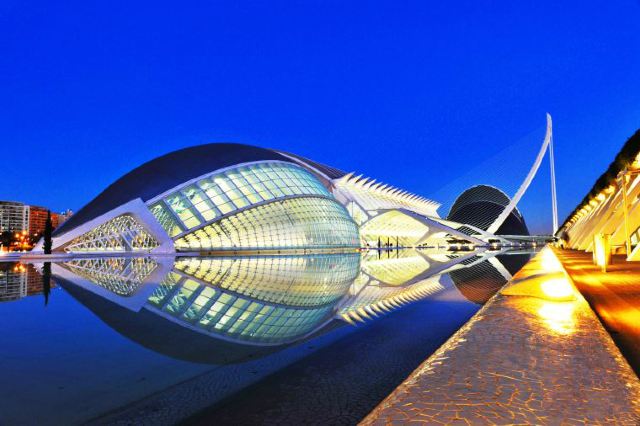 Valencia is a hidden gem. Not as popular as Barcelona or Madrid, Valencia has a reputation for winning over unsuspecting visitors with its laid-back Mediterranean vibes, its sophistication, and its historical importance. Plaza de la Reina is a great place to start a tour. From here you can explore the central city and make your way to Valencia Cathedral. There is much to enjoy throughout the old town so simply spend some time wandering the streets and visiting the many shops and cafes. In the afternoon, consider heading down to the coast for some relaxation along the waterfront. You simply cannot miss the City of Arts and Sciences. This futuristic architectural wonder is widely admired and a must-see attraction. Finally, each year, the small town of Buñol roughly 48 km west of Valencia hosts an amazing spectacle. Some 40,000 people descend on the town to hurl over 100,000 kg of tomatoes at each other during the annual La Tomatina festival. Like the running of the bulls, this celebration is iconic throughout the world and an integral part of the regional culture. 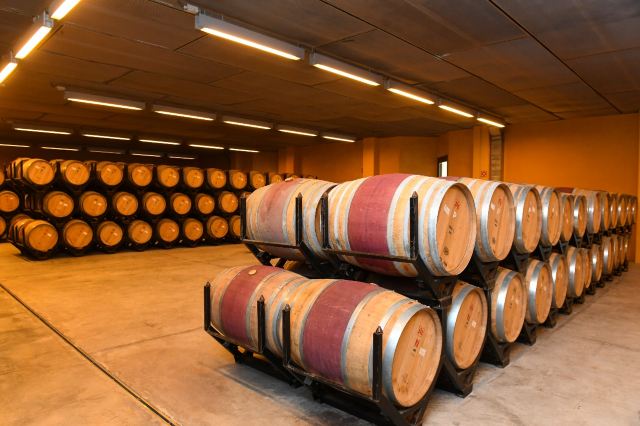 Spain continues to be one of Europe’s best travel destinations. With incredible scenery, gorgeous weather, and wonderful people, it’s a place you could easily picture yourself spending time. From the capital and royal palaces in Madrid, to the Gaudi’s modernist designs in Barcelona, Bilbao’s stunning art museums, or Valencia’s casual charm…there is magic to be found all throughout this wonderful country. It’s never been a better time to visit so let your imagination run wild and take that Spanish adventure you’ve always dreamed about.

Spain: Chasing the Sounds of Flamenco  |  The World's Majestic Cathedrals