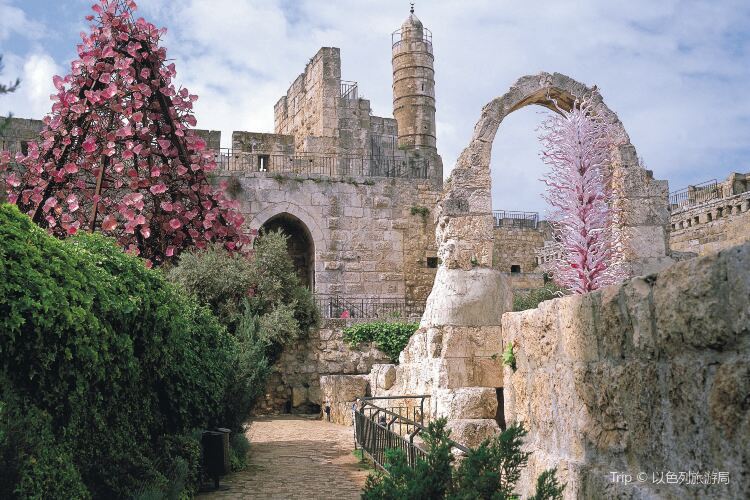 Loved it, if not the churches, but the outside, but here everyone can immerse in history, I think it is very real.

More
Reviews
Some reviews may have been translated by Google Translate
4.4/5Very Good
All(75)
Latest
Positive(53)
Photos(47)
Reviews from Tripadvisor

Post
Dialogue with Science and Technology History, Jerusalem Awesome, David Tower Light Show David Tower Light Show is a classic nighttime viewing project at the David Tower Museum in the Old City of Yale. High-tech 4D lighting is projected on the ancient walls to illustrate the secrets of history and civilization in the three centuries. David Tower Tower of David is located at the highest point of the city of David in the old city of Jerusalem. More than two years ago, Herod the Roman Empire built the Tower of David as a palace. There are three giant towers on the palace fortress, named after the brothers, friends and wives of Herod. Tickets Adult Tickets 65 New Shekels, about RMB 120. College students and underages have preferential treatment. You can also buy a museum-light show package. Need to book tickets on the official website in advance. Light show starting at 8pm, 45 minutes long, I really feel flying over thousands of years. The story begins in prehistoric times, to the time of King David, to the invasion of Babylon... The Ottoman Empire invaded and eventually revived. There is no detailed spoiler here, in short, it is a very lively and easy-to-understand light show. The colorful 4D lights hit the old city walls, the picture is majestic and the details are small, and the tower of David seems to have a life. At this moment, my heart is still full of shock and emotion. !! Visit Tips You can get a Chinese introduction manual to pre-read in advance so that you can understand it better when you watch it. The seat is not fixed. It is best to go to the location earlier. The second floor has a great view and is especially suitable for taking pictures.

Arale_Zhang
There is the David Museum in the Tower of David. In Jerusalem, visitors generally visit the David Museum or the Holocaust Memorial. We originally visited the latter, and then went to visit the David Museum because the Holocaust Memorial was closed. The museum displays artifacts from various periods, and its exhibition covers almost 4,000 years of history from the city that was originally a Canaanite to the present. If possible, the starting point for understanding Jerusalem should begin here, and it is a key to opening the gates of Jerusalem. Because the museum is marked to be unable to take pictures and the light is very dark, I can only follow the rules. After the visit, the museum castle is very handsome. I took a mad shot to satisfy my shooting desire.

Blue Tulip
The Tower of David is an old castle near the Jaffa Gate in the Old City of Jerusalem. The name "David Tower" is named after Byzantine Christians who believe that the location is the palace of David. Built in the 2nd century BC to strengthen the strategic weakness of the Old City of Jerusalem, it was later destroyed and rebuilt many times. It contains important archaeological discoveries dating back more than 2,700 years. And the night's light show is extremely shocking, the lights hit every corner of the city, and the scene restores the history of Israel.

Crazyman_Sun
The Jerusalem Tower Historical Museum in Jerusalem was built in 1988 and is located on an important historical and archaeological site of the city of Jerusalem, the collection of artifacts from the First Temple period (960-586 BC). Part of the remains of the towers and walls of the Smonney Dynasty (1st century BC) and the towers of the towers built by Herod (37-4 BC). This non-artifact museum outlines the 4,000-year history of the city of Jerusalem from its original city as a Canaan. The exhibitions are divided into different periods. Each exhibition room follows a "timeline" to describe the main events. In addition, maps, videotapes, holograms, drawings and models are used to enhance the exhibition. Short-term exhibitions on topics are held from time to time.