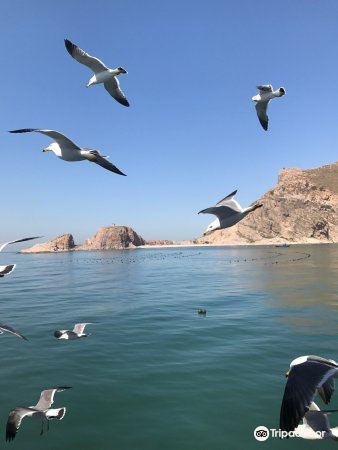 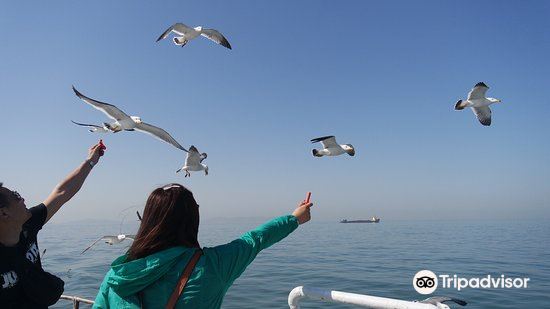 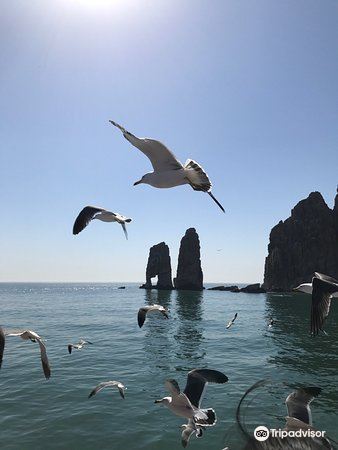 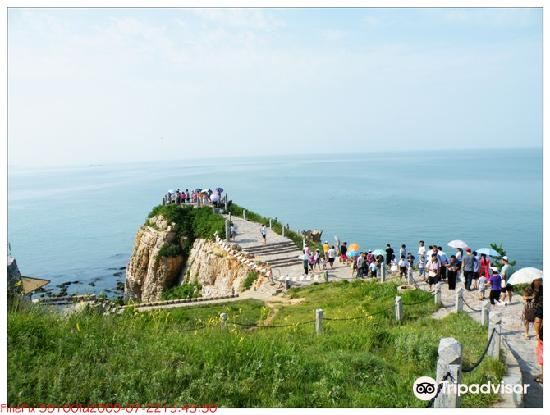 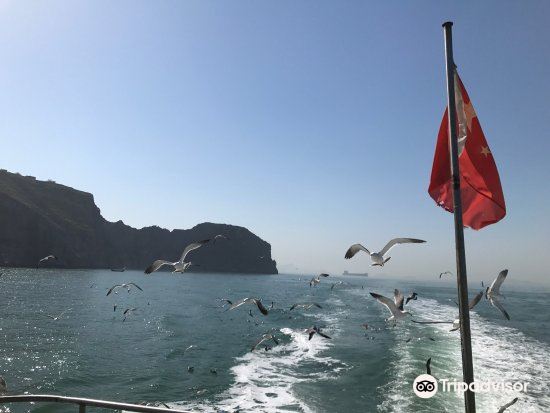 Have fun, children picking stones in Crescent Bay, not fun! Feeding the seagulls is a pleasure! That's great. During the epidemic, there were many procedures, and the tour guides were very hard. In order to make time for us, they gave us a taxi and arranged for us to eat in advance. Very enthusiastic! thank!

Wanniao Island is located in the east of Long Island. Due to the weathering and sea erosion of the island all year round, the cliffs on the island are convex and concave, forming many natural caves such as stone steps, and grottoes that can be inhabited by seabirds. The cliffs are very dangerous. Because Wan Niao Island is uninhabited, people are not allowed to land on the island. Visitors can only take a cruise to the island to watch the seabirds, but do not disturb them too much, especially during the season of egg production and incubation in May. As you approach the island with a boat, you can hear a large number of seabirds hovering and flying in the sky. You can also see seagulls preying on fish in the sea. The sound of birdsong is endless, and the sights are spectacular.
Show More