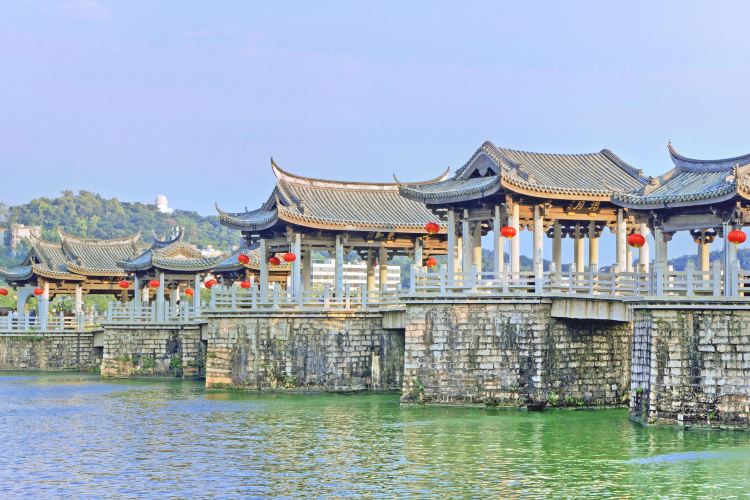 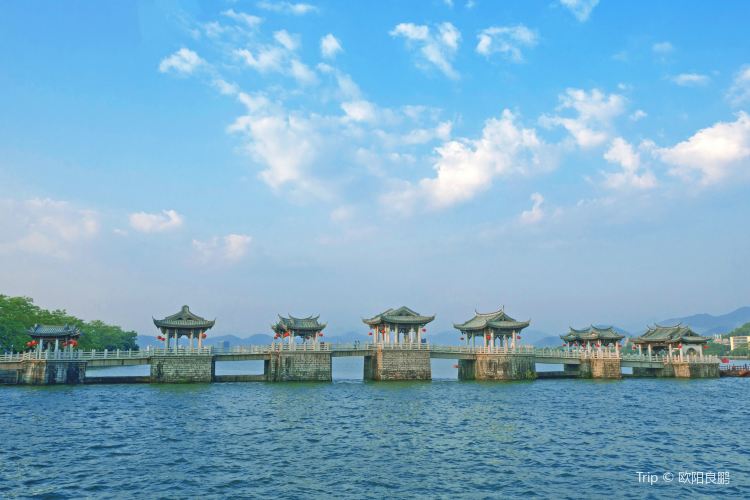 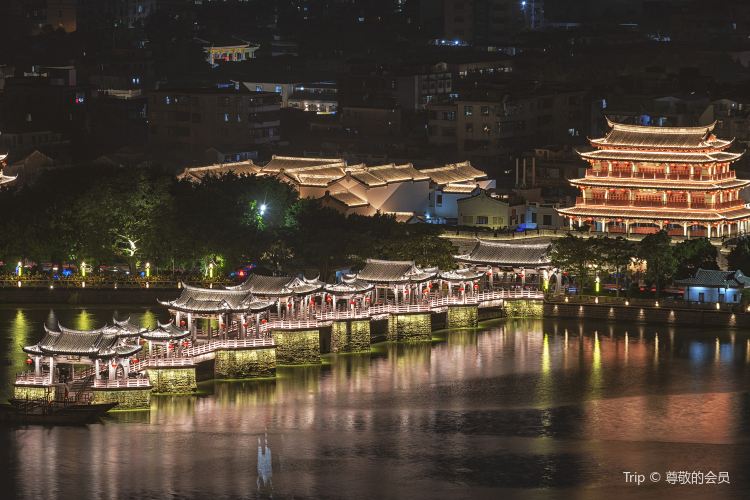 The ancients were really wise. The huge wooden bridge between the stone pier and the shore was a beam bridge, and boats and rafts could be used underneath, which initially solved the contradiction between land and water transportation. Guangji Bridge has also become a classic bridge combining pontoon bridge and beam bridge

Guangji Bridge, also called Xiangzi Bridge, was built in the Song Dynasty in 1171 AD. It has a long history and is one of four ancient bridges in China. Located on the Han River, Guangji Bridge is very unique in design. At both ends are stone piers, and there are beautiful pavilions and terraces. In the middle are 18 connected floating bridges that are wonderful for a relaxing stroll. In order to let cargo ships pass in the evening, the floating bridge can be drawn up. You can view this and the beautiful night view and light show in the evening.
Show More