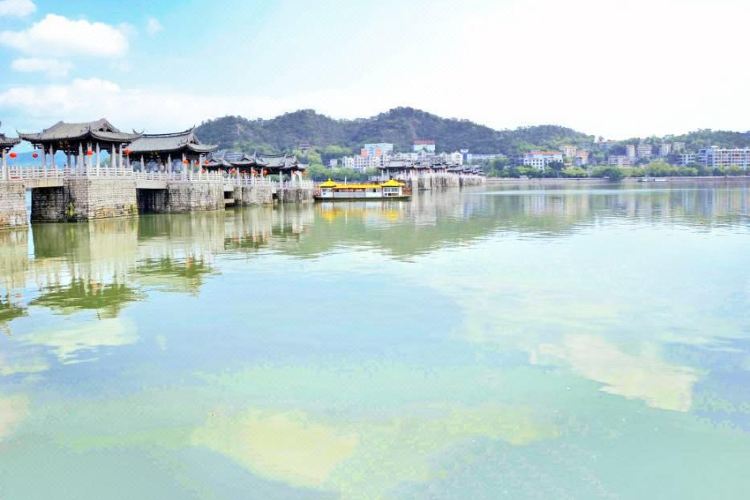 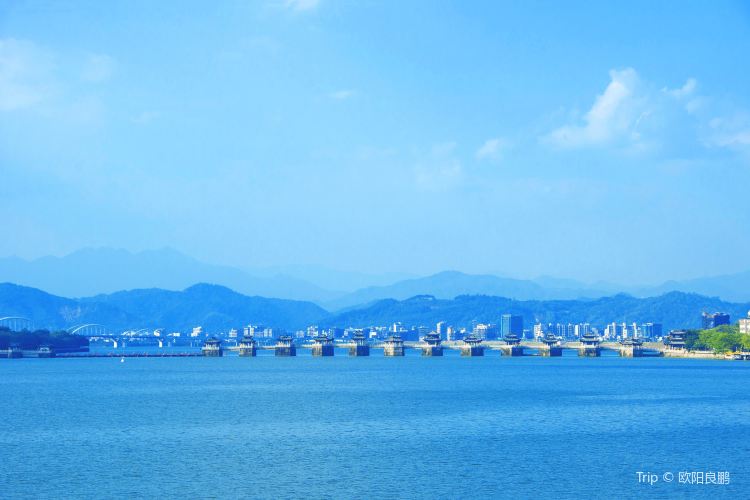 Traveling to Chaozhou, I lived in Paifang Street and came out to see the night scene at night. The river outside the ancient city is called the Han River. It is located in the eastern part of Guangdong Province and has a total length of about 470 kilometers. It is the second longest river in Guangdong Province after the Pearl River. The upper reaches of the Hanjiang River are the Meijiang River which originated in the southeast of Zijin County, Guangdong, the Tingjiang River in Western Fujian and the Meitan River in Southern Fujian. The three upstream branches meet at Jingnei, Sanheba Town, Dapu County, forming the Han River. The famous Guangji Bridge straddles the Han River. Before the epidemic, there were light shows every night here. The lights shined on the mountains and rivers, which was very beautiful.