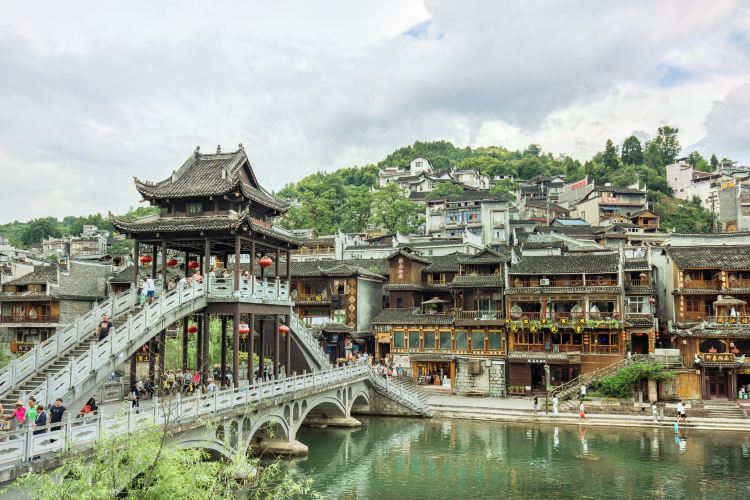 The first time I saw the legendary Diaojiaolou, I found it very fresh and interesting

More
Show More
Reviews
Some reviews may have been translated by Google Translate
4.5/5Outstanding
All(164)
Latest
Positive(152)
Negative(1)
Photos(65)
Reviews from Tripadvisor

The Hanging Houses of Huilong Tower is a place where the Tujia people live and live. It is a typical architectural form that is complex and can show wealth in the Xiangxi and Western Hubei Tujia regions. It has a long history. Huilongge Hanging House is built on the mountain. The main house is built on the ground. The wing is connected to the main room in the field. The other three sides are suspended. Supported by pillars, the upper and lower floors are divided into two layers. The upper floor is ventilated, dry and moisture-proof. It is the living room; the lower floor is the pig pens or used to pile up debris.
Show More