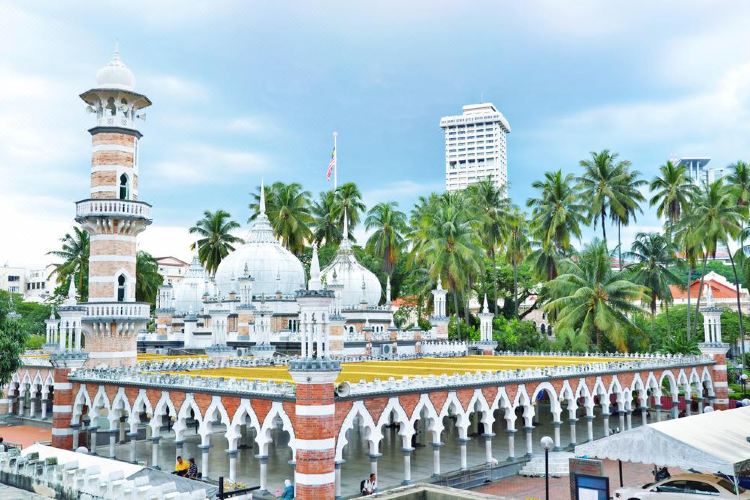 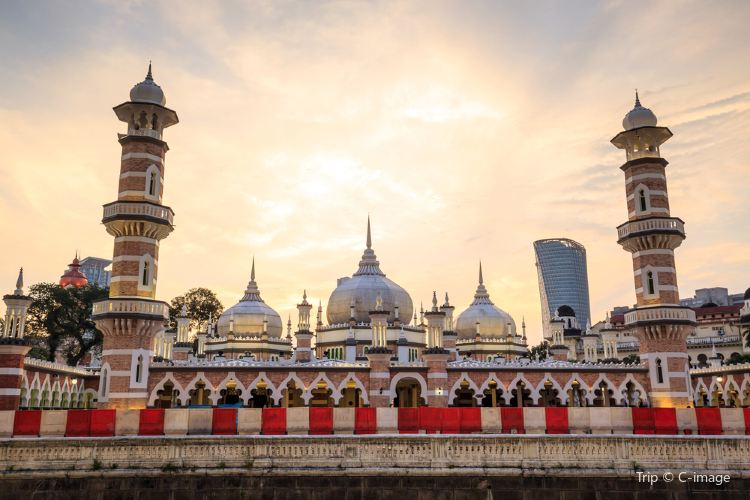 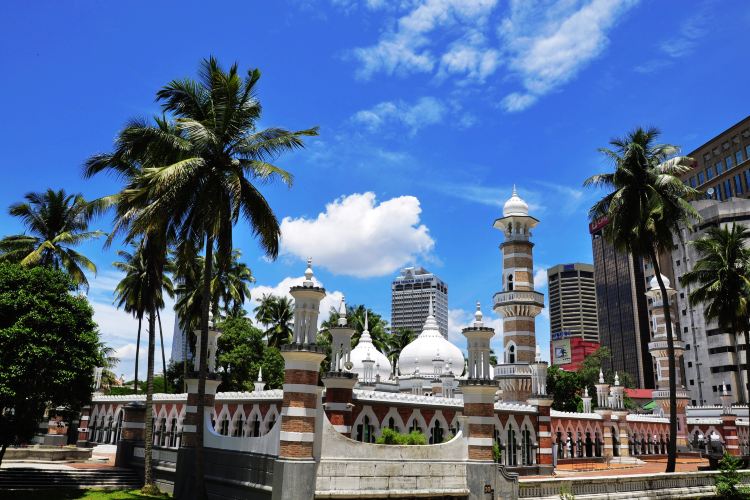 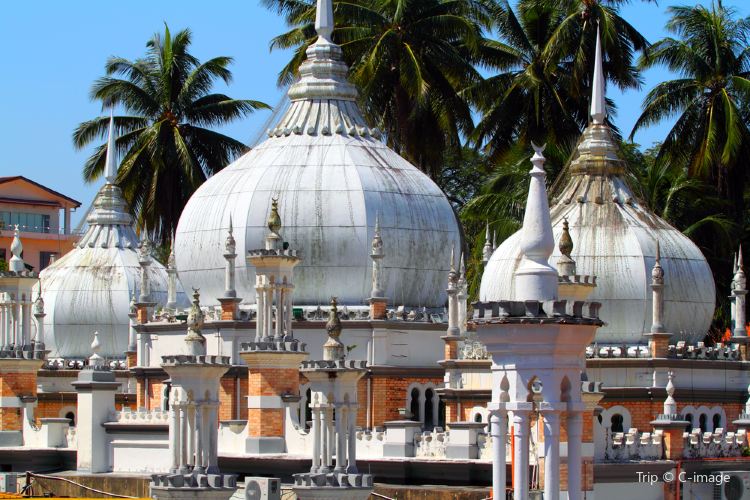 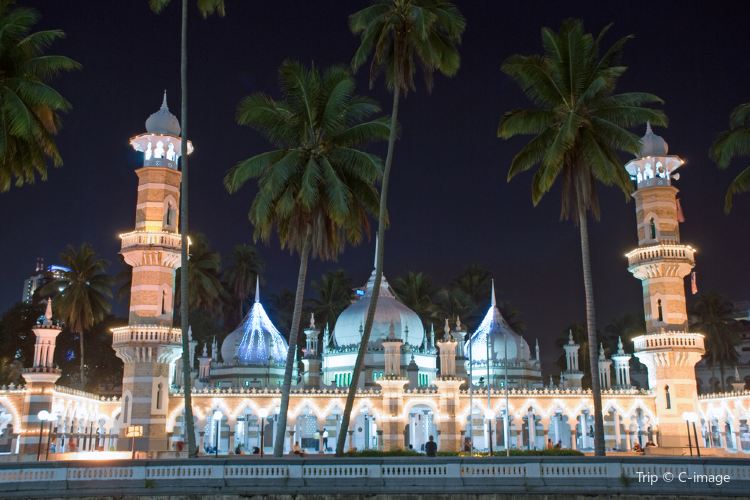 Kuala Lumpur Masjid Jamek: Masjid means a mosque, and Jamek is the name of a mosque, which means a place where Muslims gather to worship. The Chinese translation is generally called Jame Mosque. Jammei Mosque, located in Kuala Lumpur, near Merdeka Square, with convenient transportation. It takes about ten minutes to walk from Independence Square, and there is also a light rail passing nearby. The entire mosque is not large, but it is the oldest mosque in Kuala Lumpur and the first mosque in Kuala Lumpur. It is most familiar to the locals. The locals also call it the Friday Mosque. The architectural style of Jimei Mosque is influenced by Indian culture, with red bricks and white walls with bright colors. The inside of the temple is still in line with the usual style of the mosque. It has a wide hall, a high dome, no sculptures and decorations, no tables and chairs, and is empty on all sides. There is a towering tower in the courtyard. But this mosque also looks a little different. The hall in the temple is divided into two parts: inside and outside. The hall inside is covered with carpets. Like all the halls of other mosques, only a small area is opened at the entrance of the front for tourists to take pictures, but tourists are definitely not allowed to go deep. There will be special personnel at the entrance. The tourist area is responsible for introducing and answering questions. It is a place for believers to pray and worship. The marble floor of the outside lobby is clean and cool. Many people just lie underground to rest. It seems that there are locals and tourists, as if it is a lounge specially provided for people. If you want to visit inside, it is still the same. As long as men are neatly dressed and can enter directly, non-Muslim women should receive a robe at the entrance and cover it from head to toe, especially the hair is not allowed to be exposed outside. Everyone has to take off their shoes to get in. At this time, you must be optimistic about your companions, it is really difficult to tell just from the back.

Jamek Mosque is an ancient Indian Muslim mosque located at the intersection of the Gombak River and the Klang River, the birthplace of Kuala Lumpur, and the location where tin miners first landed in Kuala Lumpur. The mosque is a red-brick building, with primarily red and white tones, and is surrounded by palm trees. The huge domes and towering arches are extraordinary.
Show More

The River of Life