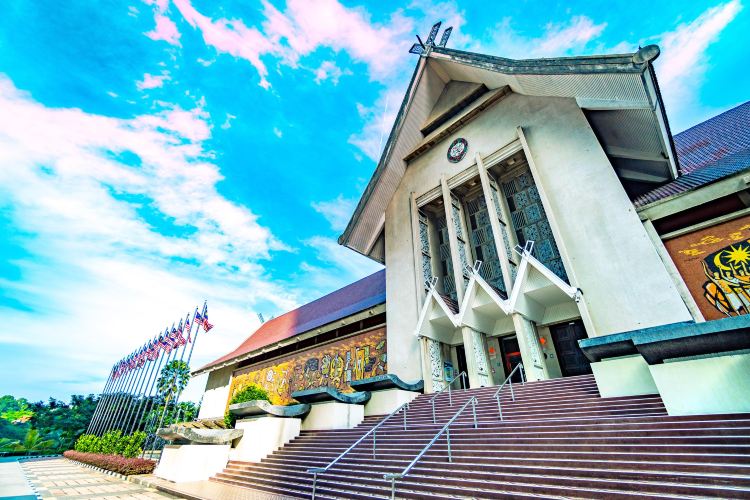 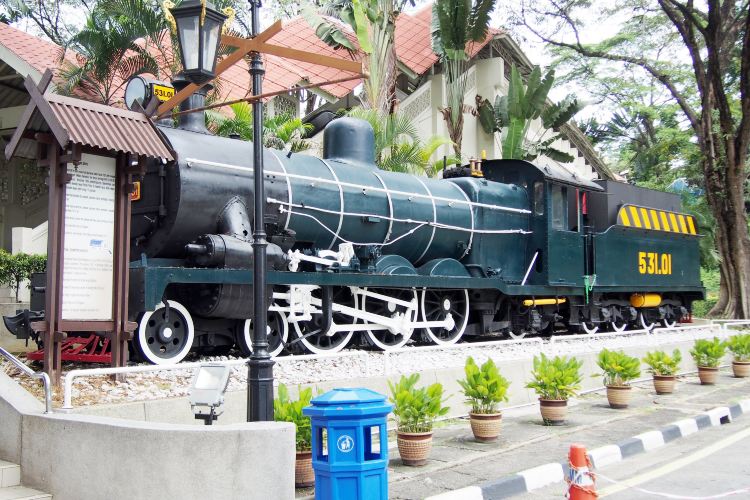 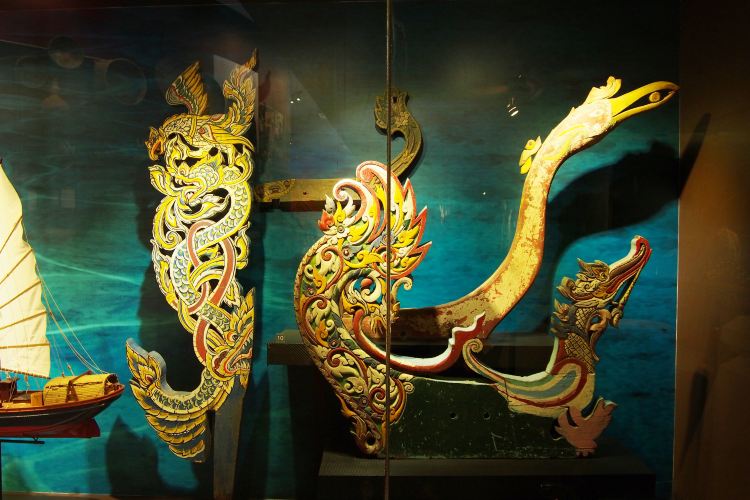 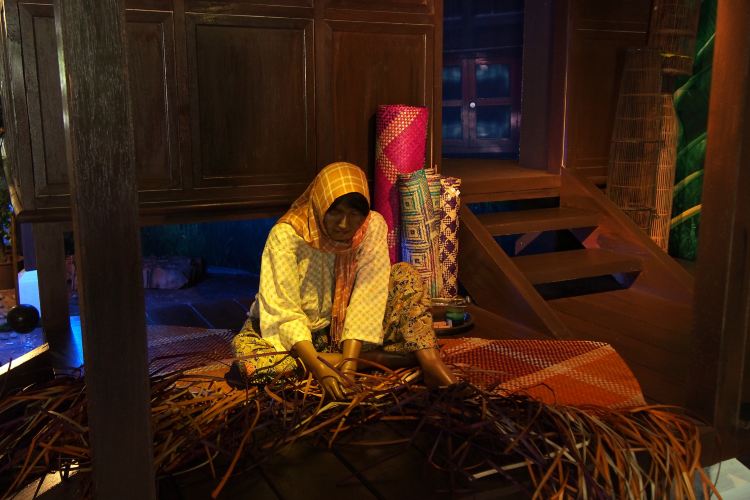 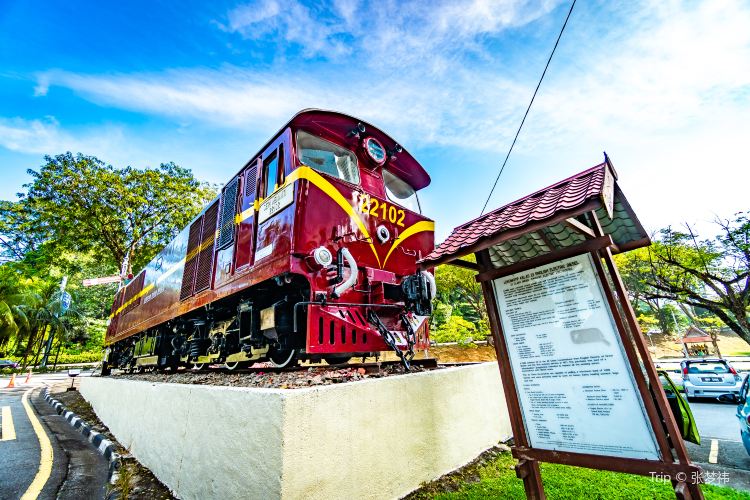 The National Museum of Malaysia, located in the western suburbs of Kuala Lumpur, east of the south entrance of the Lakeside Park. The museum is a two-story "Minangkabao" style classic Malay building. The appearance is magnificent. Two giant murals depicting Malaysian culture and history are embedded on both sides of the majestic entrance. The painting is 35.1 meters long and 6 meters high. The depiction is delicate and realistic. The left wall painting depicts the comprehensive situation of various handicrafts in Malaysia, and the right wall painting depicts important historical scenes from the Hindu and Buddhist era in Northern Malaysia in the 12th century to the independence of Malaysia in 1957. Entering the museum, there is a hall in the middle, with 4 exhibition rooms on both sides, exhibiting Malaysian history and economic historical materials, Malay customs, local tropical plants and animal models, etc. Among the exhibits are Chinese porcelain unearthed in Rama, Johor in the 16th century and Ming porcelain specially made for Muslims in the 15th century. There are also information on shadow puppets in Malaysia and other countries. Among the exhibits in the state of Malacca, there are copies of documents describing the Ming Dynasty navigator Zheng He's visit to Malacca.

The Muzium Negara in Kuala Lumpur has attracted millions of visitors since its opening in 1963. Guests are captivated at the entrance by the beautiful murals illustrating the rich Malaysian culture. This attraction is loaded with magnificent displays of costumes, weapons, arts & crafts, instruments, ceramics and plants and wildlife symbolic of Malaysia and its history. Outdoor exhibits include an interesting collection of old locomotives, cars and relics of years past. The spacious National Museum is also one of the few in the area where guests are allowed to bring digital and video cameras!
Show More

Attractions Near National Museum of Malaysia

4.5/5225 Reviews
487m away
More attractions near National Museum of Malaysia

Restaurants Near National Museum of Malaysia

Hotels Near National Museum of Malaysia