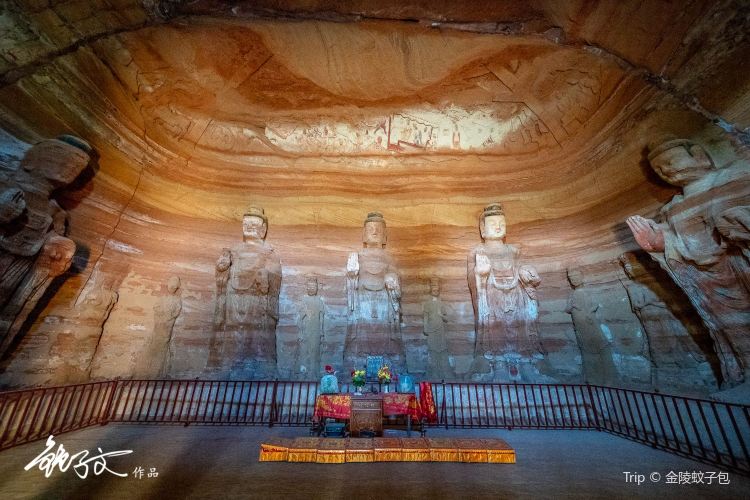 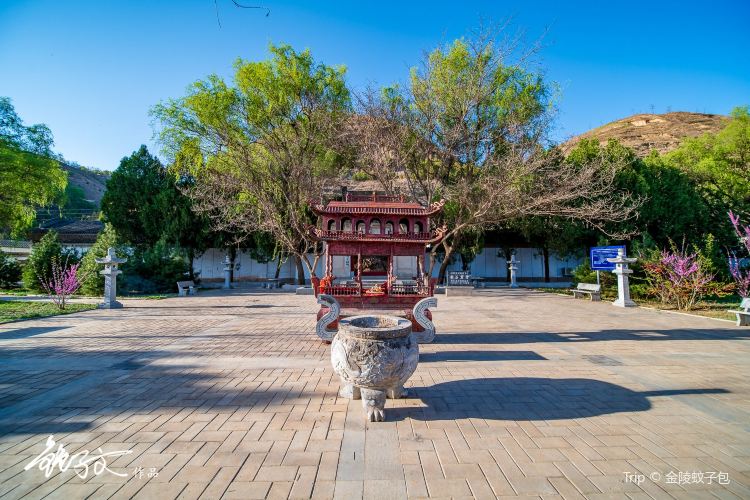 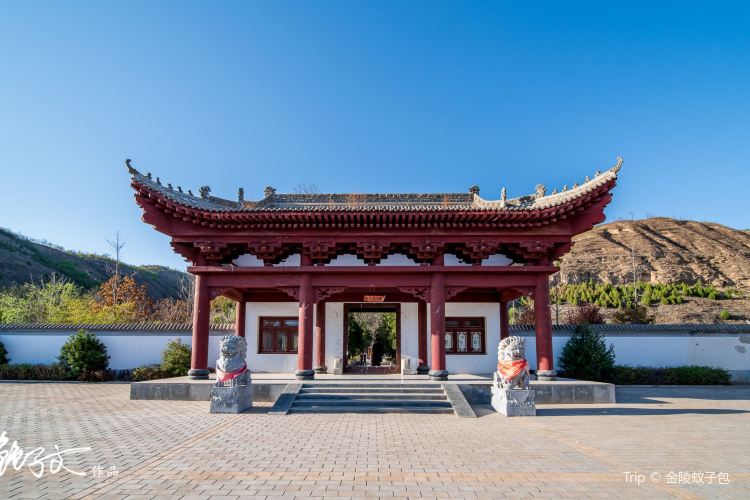 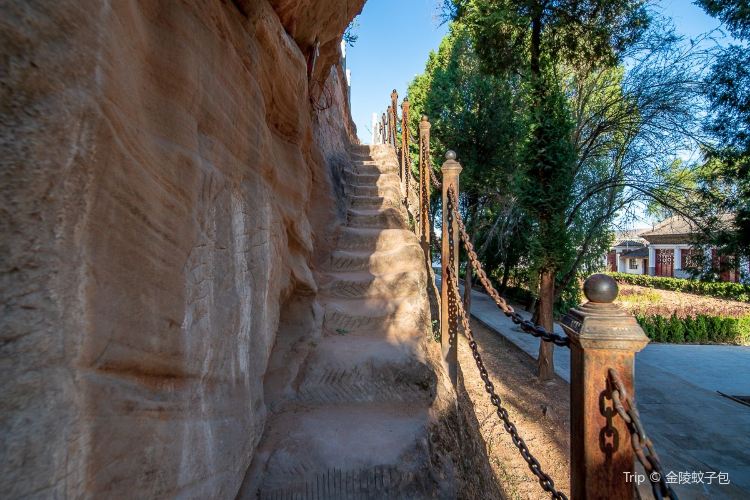 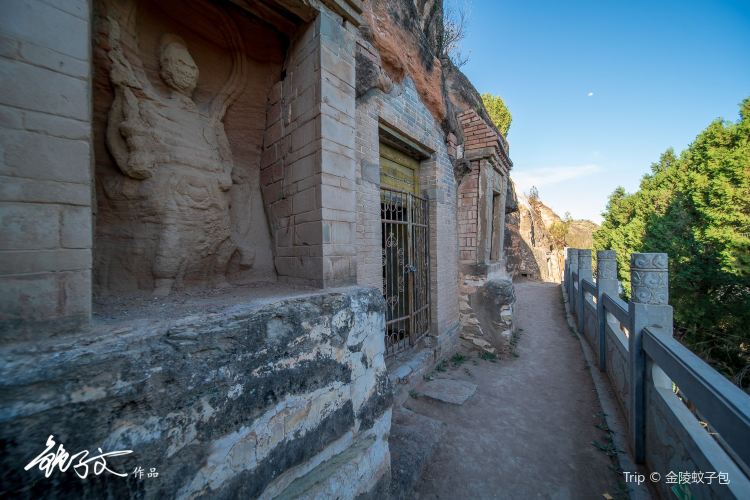 Nanshiku Temple is located on the north bank of the Jinghe River 7.5 kilometers east of Jingchuan County, Pingliang City. In the third year of Yongping of the Northern Wei Dynasty (510), Jingzhou Governor Xi Kangsheng began to dig. And Qingyang North Grottoes Temple, known as "Longdong Grottoes Double Pearl". There are 5 existing caves, all of which are from north to south. The first cave is the most valuable. It is rectangular, 11 meters high, 18 meters wide, and 13 meters deep. Square cave door, open a square window on the top of the front wall door, with a bucket-shaped roof. The seven-body standing Buddha is carved on the front wall and the bases of the left and right walls in the cave, all 7 meters high, with a headband, high nose and big ears, a plump face, long clothes hanging down on the knees, and a solemn and peaceful look. On both sides of each Buddha, there are 2 Bodhisattvas, a total of 14, about 3.5 meters high, graceful and graceful, each side of the front wall door is carved with a Maitreya Bodhisattva, 5 meters high. There are embossed Buddha stories on the east, north, and west of the cave top, including the birth under a tree, Ashituo's occupancy, singing and dancing in the palace, renunciation over the city and thinking under the tree. This cave and Beishiku Temple were the earliest to appear in the Seven-Buddha Caves, which mainly represented the Seven Buddhas. Cave 4 is a medium-sized square cave. The three masters of Manjusri, Samantabhadra, and Guanyin Bodhisattva are in the center. There are sixteen arhats, eight bodhisattvas, and six lords on both sides, all of which are stone-shaped clay sculptures, respectively, from the Tang Dynasty and the late period. Qing style. There are also several small niches in the Tang Dynasty, all of which are weathered, and the statues are indistinct. The original "Stele of Nanshiku Temple" (existing county cultural center) in the cave has more than 650 characters of inscription, which records in detail the time and creator of the two caves in the north and south. This stele is not only the original basis for researching the creation time of the grottoes, but also the physical materials for studying local chronicles and official officials. The list of 58 officials inscribed on the stele Yin can correct the mistakes of the "Book of Wei". In addition, his calligraphy art is also praised by later generations, and is included in many Jinshi books. There are convenience stores nearby, with convenient water, food, and transportation (4 bus direct access).