I have long heard of the name of Yandao Shrine, especially watching Dahe Opera "Pingqingsheng" and yearning for this important monument + natural extinction. In the play, Yandao Shrine, as an important protective shrine of the Pingshi regime, appeared in this historical event many times. It's very convenient to go to Yandao God for social intercourse. There is a direct ferry to go to the island from Nippon Railway Palace. Yandao Shrine's greatest attraction is the orange bird house, and it is only when the tide can feel the magical visual effect of the shrine floating on the sea. Especially before 6 or 7 p.m. on a sunny summer day, although there is no full tide, the bird house has floated up, and the golden sunset is sprinkled on the orange-red bird house and shrine house. At this time, you will realize that Yandao shrine deserves to be rated as "Three Sceneries of Japan". If the Bay presents gorgeous and beautiful fire clouds, Yandao Shrine is more mysterious. 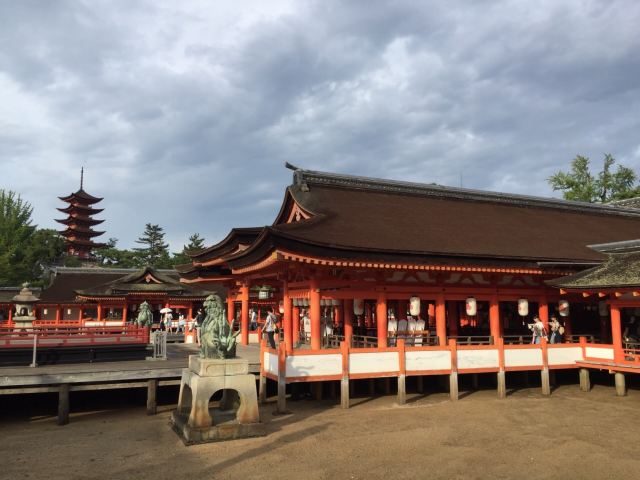 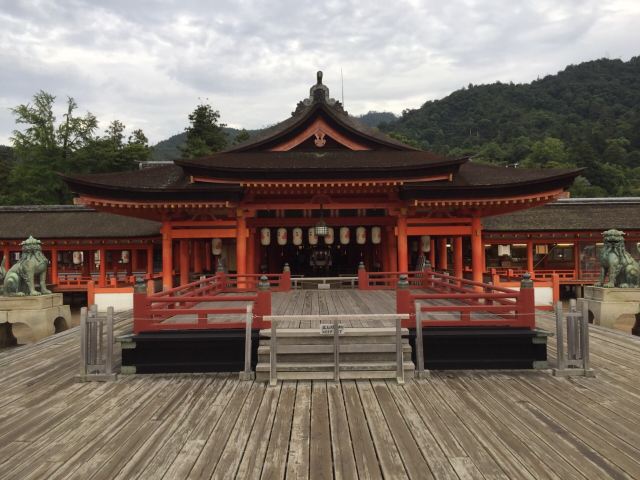 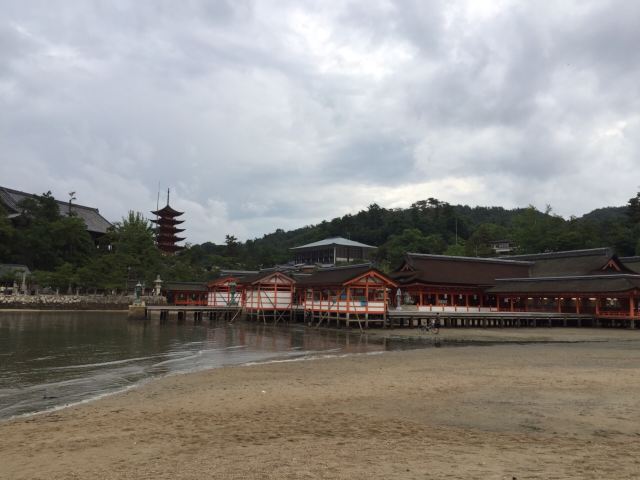 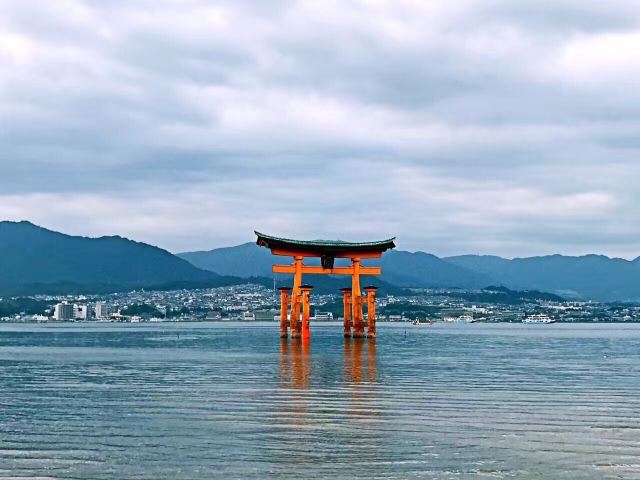 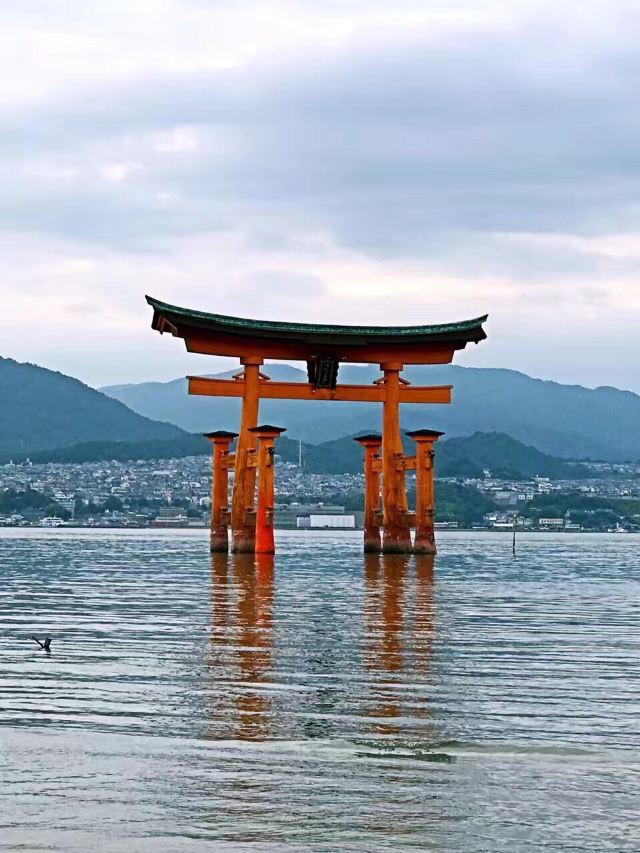 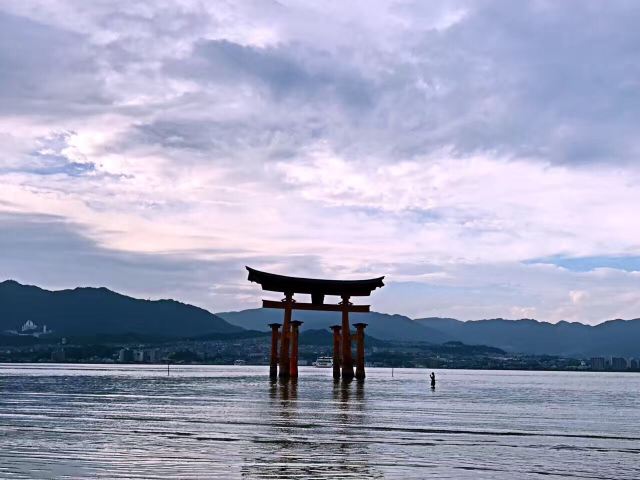 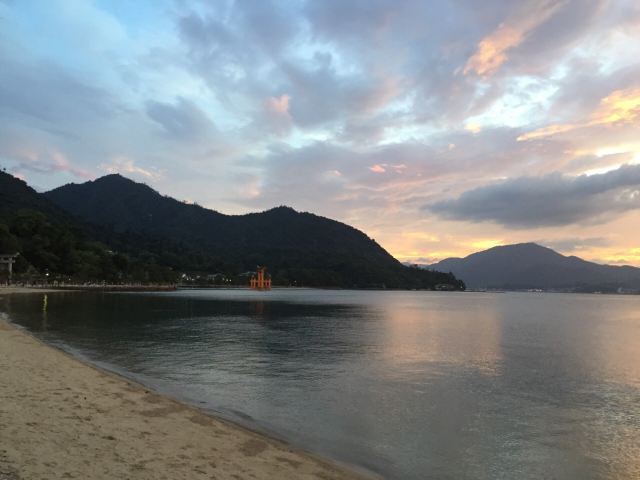 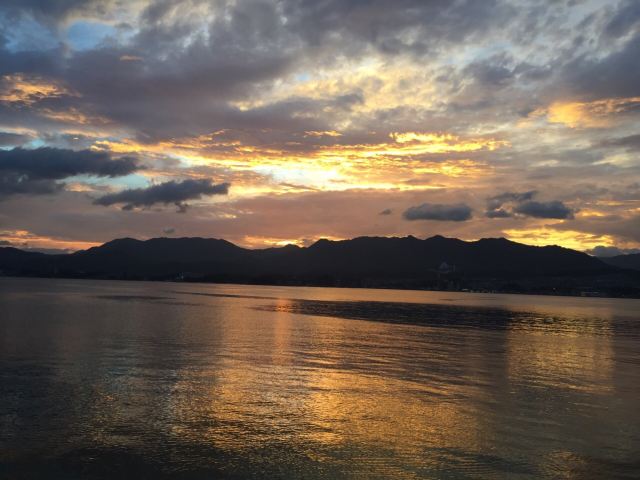 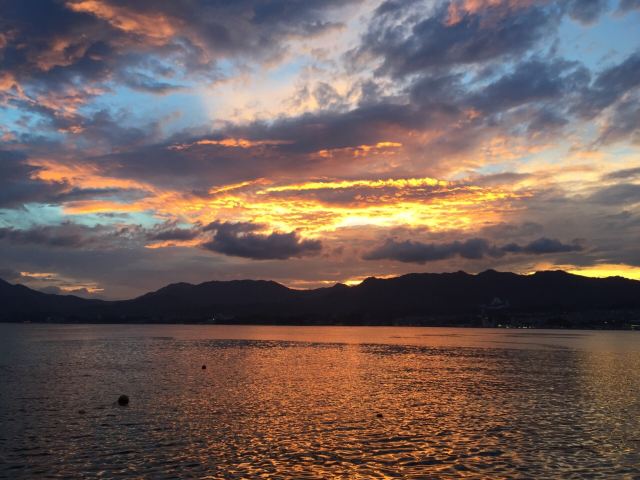 _GG2****0816
_GG2****0816
5/5
Reviewed on 4 Dec 2019
0
5/5
wonderful shrine .... you can enjoy your time here , walking along the coast , gentle patting the deer , the food here also really good ..... near the shrine you can enjoy the food and souvenir street , also you can spend your time on hiking the mountain ..... during the evening when the water getting low you can walk along the big toori , around 4-5 , you can ask the store or ryokan owner about the exact time ...... very nice and beautiful island
周游列国
周游列国
5/5
Reviewed on 6 Nov 2016
8
5/5
Yandao Shrine is mainly dedicated to the three sea goddesses in Japanese ancient legends. Yandao Shrine is on Miyagi Island, which is a distance from the city of Hiroshima. It takes about an hour to drive from the city. From the city, you can take the Hiroshima MTR Miyashima Line to the terminal, with a one-way ticket of 260 yuan. Then from the terminal terminal ferry to Miyagi Island for about 10 minutes, there are two companies operating to Miyagi Island, the price is similar, 360 Japanese yen for adults and 180 Japanese yen for children. After arriving at the dock of Miyagi Island, you will pass through a commercial street, and you can see many deer. Four or five minutes'walking along this road will be Yandao Shrine. The business hours of the shrine are 6:30-17:30, adult tickets are 300, high school students are 200, primary and secondary students are 100. The ticket office is right at the door of the shrine. After the ticket is bought, the introduction map of the scenic spots will be presented free of charge. The shrine is not very big. It is suggested that the time of play be 30 minutes. The main structure of the shrine is red wood, which is very vast, because it rains when it comes. It's a good choice to shelter from the rain. Although it is very large, some areas can only be seen in the distance, and some areas are still being repaired and not open to tourists. This location is in the middle of the archway of Yandao Shrine. You can see the archway in the distant sea. If the sea ebbs to the archway, you can also go down and play. This archway is the main attraction of the official propaganda of Miyagi Island. This arch bridge is not open to tourists. Maybe it's because of the rain. There are very few tourists here. I don't know if there will be many sunny days. But as a popular tourist destination in Japan, it's not very popular. Behind Yandao Shrine is a residential area. The environment is very good. The people living here are very comfortable. By the time the tide had ebbed, deer would be looking for food in it from time to time.
凯文叔叔的马甲
凯文叔叔的马甲
5/5
Reviewed on 18 Apr 2017
11
5/5
The Yandao Shrine I saw with my own eyes is more beautiful than the photos. In the sky, the sunset clouds float and the water is sparkling. Occasionally, an egret flies by, or a deer slowly comes by. Yandao did not split the heaven and the earth, the heroism of overcoming the heaven and the earth by manpower is more humility of revering the heaven and the earth.
cleopatora
cleopatora
5/5
Reviewed on 2 Jul 2017
7
5/5
Take my mother all the way west from Tokyo to Hiroshima! Going to Gongdaokou by boat can go to the island, the ticket forgot that Haha is not expensive anyway, generally around noon or full tide, you can see the spectacle of the submerged base from a long distance! ________ When you get off the boat, you will meet many wild deer along the way with the crowd. Please don't be afraid and don't attack you in general! _________ The whole thing is big! Enjoy your own aftertaste slowly...
Show More