The Natural History Museum, adjacent to the Museum of Science, the Victoria and Albert Museums, contains about 70 million specimens from around the world, of which 28 million are insect specimens. The exhibitions in the 20 exhibition halls include six aspects: paleontology, minerals, plants, animals, ecology and human beings. Many collections are of epoch-making scientific and historical value, such as the specimens collected by Darwin in his study of evolution. The specimens in the museum were all made in equal proportion. When the 33-meter-long blue whale specimens appeared in front of us, it was shocking. There is also a huge and complete dinosaur skeleton, which not only attracts children, but also amazes adults. Museum libraries collect a large number of early natural research manuscripts, drawings, books and periodicals, which can be consulted only by advance booking. This is a knowledge garden for children to experience the pleasure of nature. The Museum of Natural History holds a very important position in the hearts of the British people. 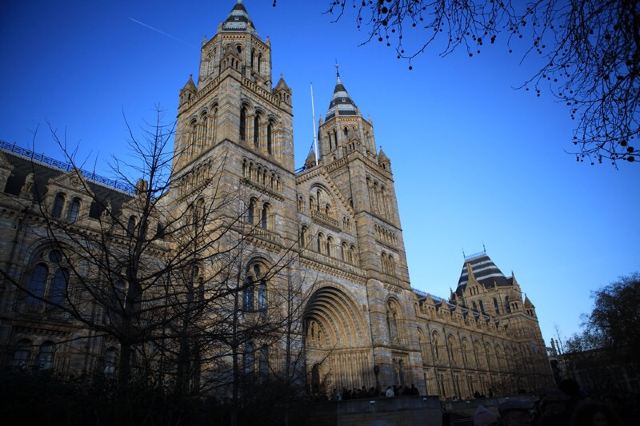 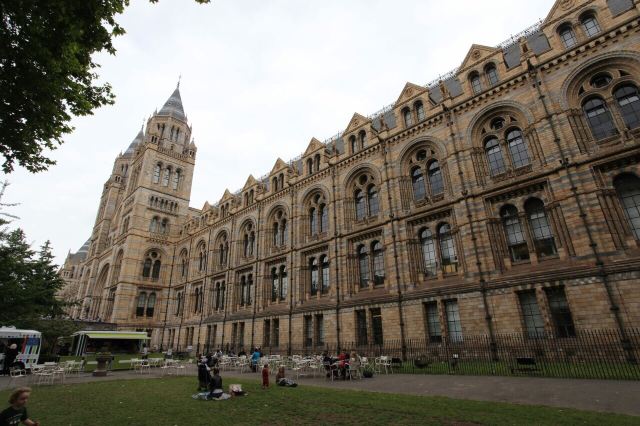 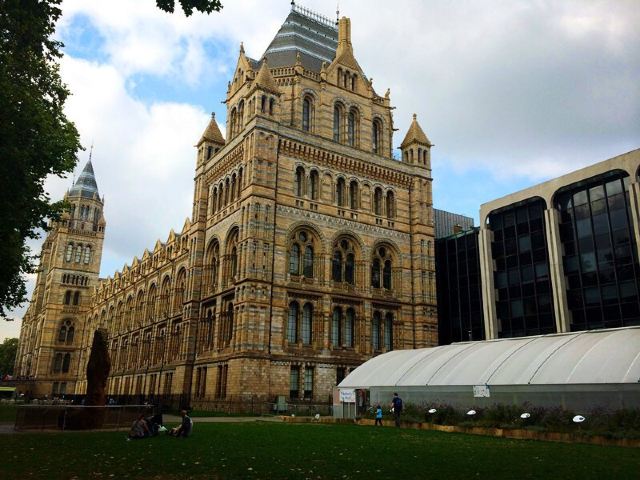 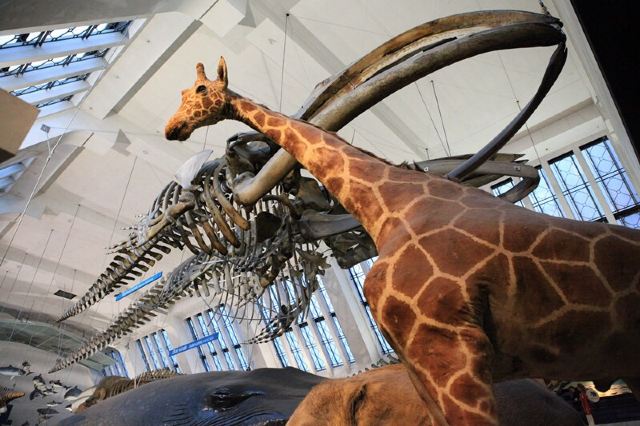 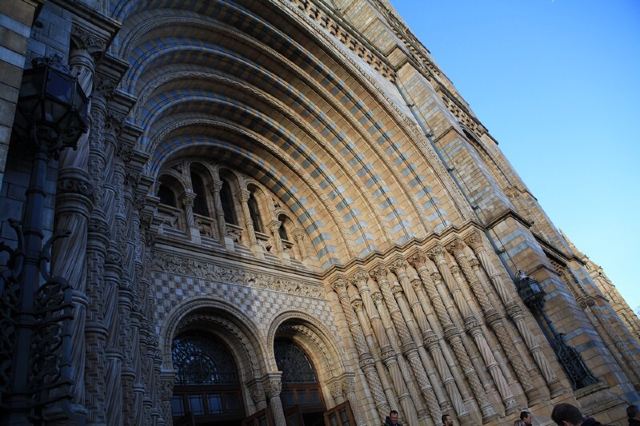 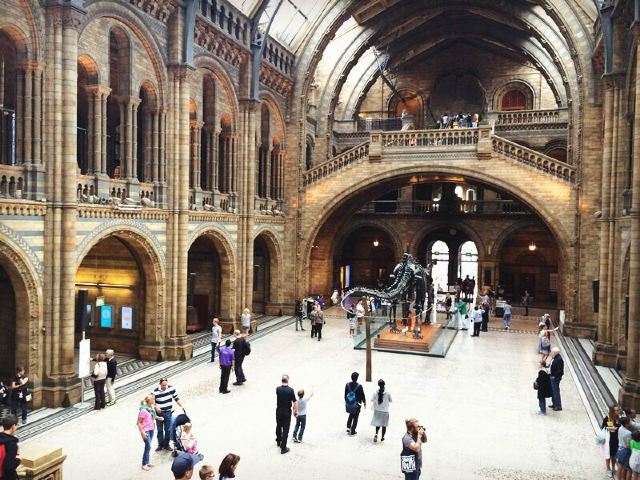 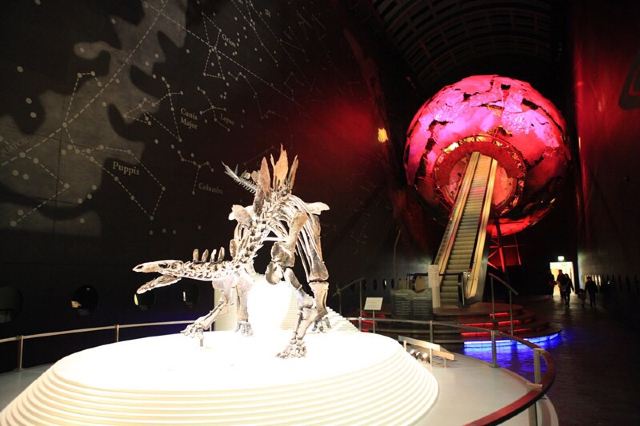 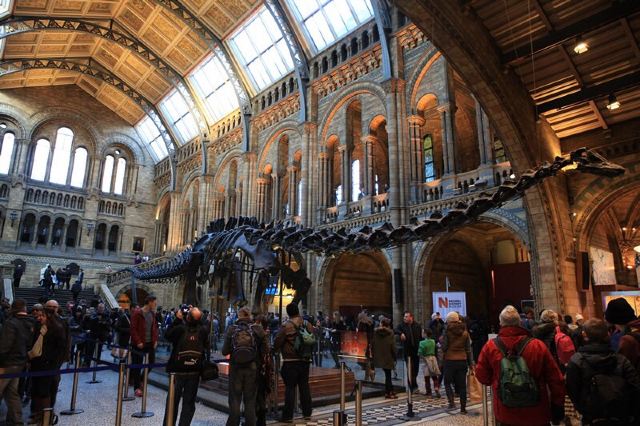 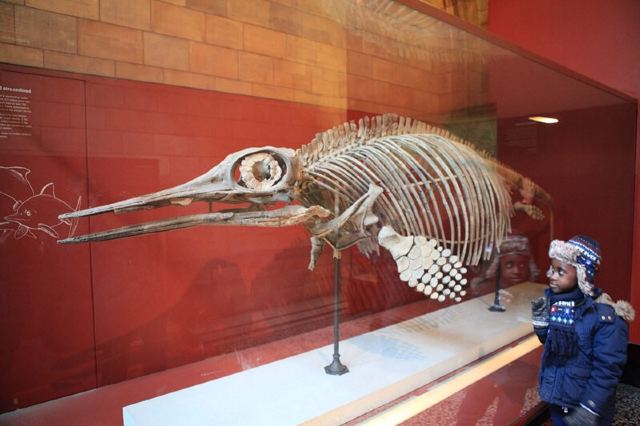 山水人生
山水人生
5/5
Reviewed on 2 Dec, 2016
13
5/5
Find the side door of the Museum of Natural History. Although the opening time has passed, there are still many visitors waiting in line for security checks. It is said that there are more visitors queuing at the main entrance. We queued for about 20 minutes to enter this free museum. Because it was through the side door, we visited the Earth Geology Exhibition first. There is no Chinese guide, plus our own knowledge in this area is relatively poor, so it is basically a fog. What impresses us here is all kinds of animal fossils and special geological stones, among which all-inclusive animal fossils should be the most variety we have ever seen in our life, while special geological stones shocked us in their strange forms. There are many interactive projects in the exhibition hall of the museum. Some children brought by their parents enjoy themselves here. Maybe they don't know what it is, but some knowledge comes into their minds in play. In addition to the volcanic eruption, there is an introduction to earthquakes, and even a dynamic experience of the Kobe earthquake in Japan. Although standing in a small supermarket setting is not a very strong feeling of space, but there are video replays near the image of the 2011 earthquake in Japan. From the first floor to the third floor, the exhibition hall is very rich in content, we can only rush through the grass tour. Then we came to the hall at the main entrance of the museum. On the way through the hall was the exhibition hall of large marine organisms and animal fossils. Once again, we were shocked by the huge fossils on the walls. When we arrived at the hall and saw the magnificent palace like a church, we were simply shocked by sight and soul. The whole museum is quite beautiful both inside and outside. The exterior walls and windows, together with the carvings in the interior, are exquisite and amazing. The interior of this Victorian building looks like a cathedral. No wonder people call it "Natural Cathedral". It is said that the museum has 20 large exhibition halls, including botany, entomology, mineralogy, Paleontology and zoology, and many collections have great historical and scientific value. This is the sacred palace of the exhibition of natural history. In addition to increasing knowledge, people here understand the importance of knowledge to human beings. In the hall of the museum, there is a huge model of Lianglong skeleton. There are also some huge exhibits around it. One of them is a stone made of wood. Upstairs on both sides of the hall we saw the magnificence of this natural cathedral, with Darwin on one side of the staircase and huge tree rings on the other. This hall is a palace worth appreciating and tasting from that angle, from micro to macro. Even if there is no content of the exhibition, it will take a lot of time to appreciate both inside and outside the building, let alone the rich collection exhibition here. We reserved less than three hours, apparently not enough, so we finally hurried past the most popular dinosaur exhibition hall and left the Museum of Natural History from the main exit.
juki235
juki235
5/5
Reviewed on 10 Jun, 2017
13
5/5
The London Museum of Natural History is the second most attractive Museum in London after the British Museum. Once in, it was attracted by the large skeleton fossils of Mammonsilon, which covered almost the complete history of the earth's biological evolution and the prototype fossils of most of the earth's organisms. The comprehensiveness and richness of the exhibits are astonishing. They are really wonderful and enrich our knowledge.
VV云云
VV云云
5/5
Reviewed on 19 Sep, 2018
1
5/5
The Natural History Museum is located in South Kensington, London. It is adjacent to the Science Museum, Victoria and Albert Museum. It is not far from Hyde Park and Kensington Park. It can go shopping in Harrods in 15 minutes'walk. So you can spend a whole day in this area. The Museum of Natural History resembles the Cathedral of the Middle Ages. It has a history of nearly 300 years. Like the Victorian and Albert Museums nearby, it is a Victorian-style building with beautiful appearance, exquisite carvings on exterior walls, windows and interior. It is amazing and eye-catching. The Museum of Natural History is the largest Museum of Natural History in Europe, with a total building area of more than 40,000 square meters. It contains more than 7 million specimens from around the world, from Darwin's evolutionary studies to Jurassic dinosaur fossils, as well as various animal and plant, geological specimens, among which 28 million are insect specimens. The Museum introduces the Victorian architecture of the museum as a cathedral, so it is also called "Natural Cathedral". The Museum of Natural History is also a popular card point for parent-child tours. It is free to open from 10 a.m. to 5.50 p.m. every day. During the summer vacation, there are many tourists, who can queue up from the main entrance and the side entrance respectively. Museum maps are purchased for 1 pound, catering and English explanations, so you can safely soak for a whole day. The Hall of the museum is magnificent, shocking and familiar. If you've seen "Paddington Bear", "Museum Wonderful Night 3" and other movie buddies, you'll remember this scene. The visual shock of the scene is difficult to describe in words. We must feel it personally.
M48***13
M48***13
5/5
Reviewed on 11 Jul, 2018
1
5/5
The Natural History Museum in London is one of the three major museums in London. Almost all the animal and plant specimens and fossils from different periods of the earth have been discovered here, which is like an exhibition hall of the world's evolutionary history of biology. The dinosaur model here is very lifelike, just like living, the huge whale specimen in the center of the exhibition hall is really very aggressive, whether adults or children will fall in love with it, really wonderful.
Show More