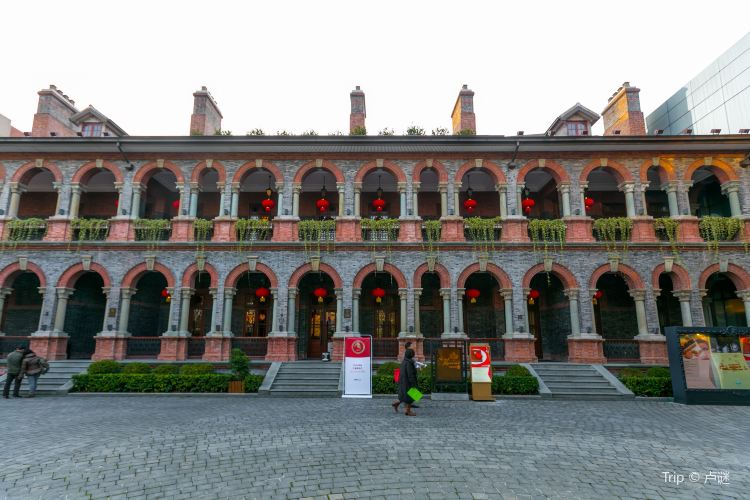 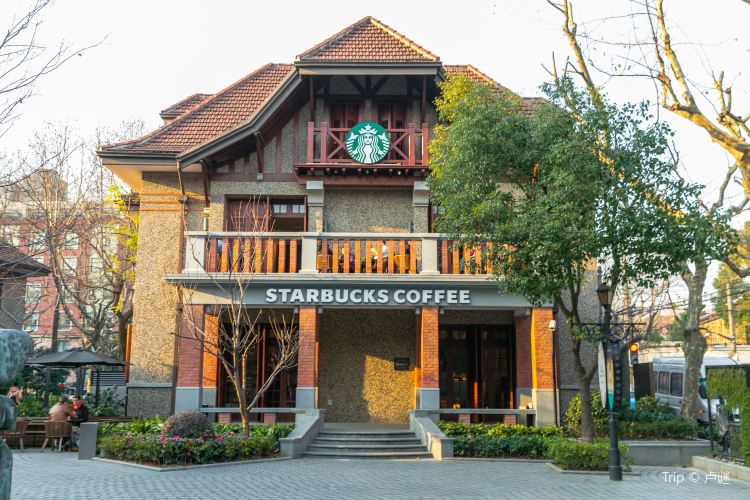 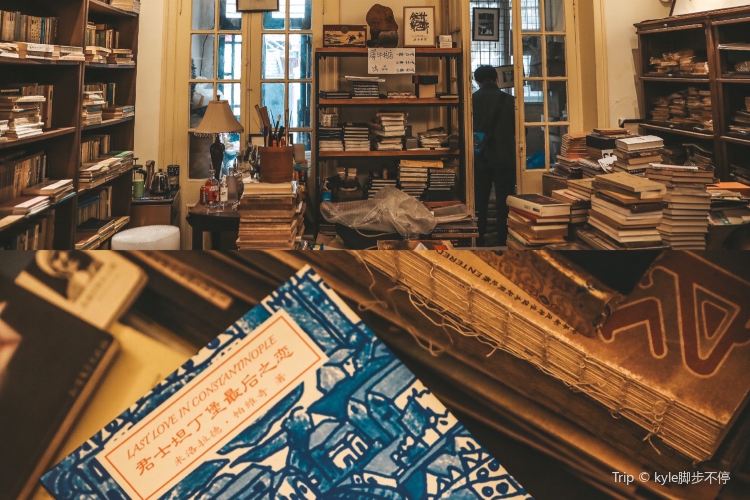 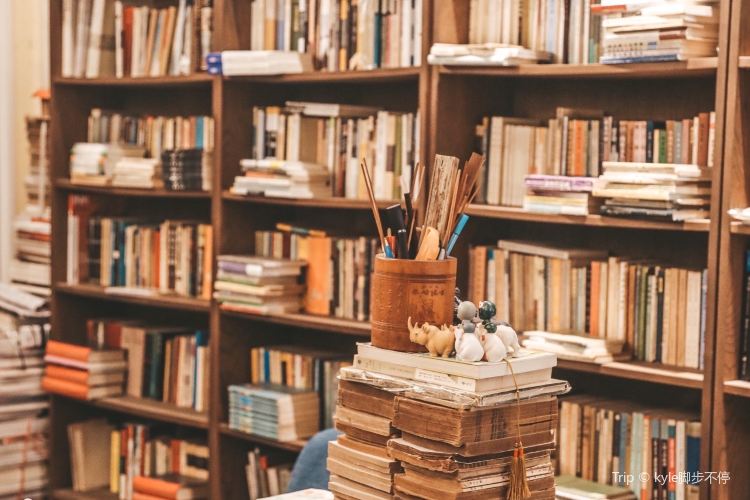 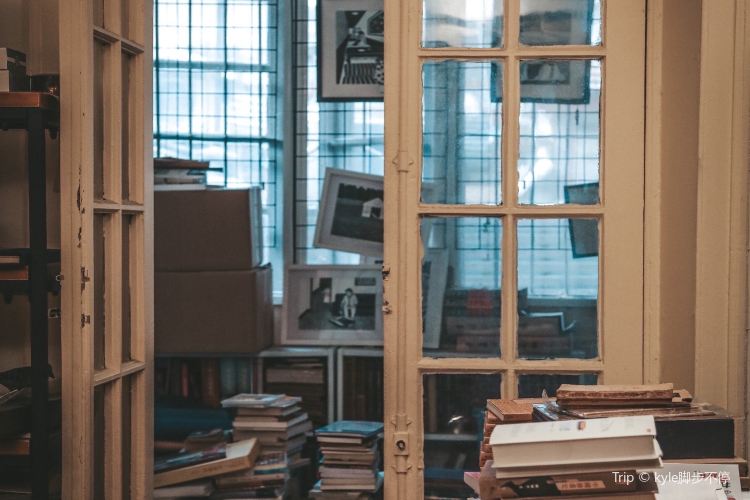 Next to the Sinan Mansion, where the trendy people gather, there is still an old alley with a similar appearance but still full of old Shanghai style, called Fuxingfang. Fuxingfang is located on Fuxingzhong Road. Since the name of Fuxingzhong Road during the concession was Lafeide Road, it was originally called Lafeifang. After 1943, with the change of the road name, it was renamed Fuxingfang until now. The new-style Li Lane Fuxing Fang with a history of nearly a hundred years was built in 1928 and has a history of nearly one hundred years. It is a new-style lane building, three stories high, and the residence is a brick-concrete structure. The main lane, which is about 6 meters wide, is extremely spacious, with orange-red brick walls, wooden shutters, and small chimneys that have become decorative objects, all filled with a century-old retro atmosphere. Because it is in the busy city and beside the Sinan Mansion, there are no shortage of foreigners here; the magic capital is full of rivers, and even the alleys are so international. In the early days of Fuxingfang, most of the people living here belonged to the middle class. In addition to servants, the family also raised a rickshaw driver. The rickshaw driver was hired with the car, came to work at home during the day, and left the home with the car at night. Therefore, the main lane in Fuxingfang Lane is very spacious, and parking a car on the side will not affect the normal traffic in the middle. Celebrities of past dynasties live together in many well-known lanes in Shanghai, and their reputations come from the celebrities who once lived here, and the same is true of Fuxingfang. Among the 95 house numbers-the famous You Nong Nei No. 1 former residence of the former Minister of Justice Shi Liang. Shen Maishi, a painter and calligrapher who had previously lived in both Chinese and Western cultures, after he went to teach in Peking, the owner was replaced by barrister Shi Liang, and the house was used as a residence and office. No. 8 was the former residence of He Xiangning. From 1927 to 1937, He Xiangning lived here, and established and led the Chinese Women’s Support Association for Resistance against the Enemy. On the 16th, Du Yuesheng and his wife Yao Yulan in the fourth room were married, and they were still "renting a house to get married." Because their marriage was opposed by the second wife and third wife, they could not bring Yao Yulan into the house to get married here. The fourth wife also has a well-known best friend-"The Winter Emperor" Meng Xiaodong. In 1936, Meng Xiaodong came to Shanghai to tour and was said to stay at his best friend's house at No.16 Fuxingfang. Zhang Yuanji, who is known for his presiding of the Commercial Press, temporarily put the Hezhong Library in Fuxingfang in 1939 (while building a new building on Fumin Road and Changle Road). An early Sino-French Education Foundation was also set up in Fuxingfang. Today, although the residents living here are not as good as they used to be, the green plants, clothes to dry, and quiet and well-behaved cats everywhere all show that Fuxingfang is just like its former name Lafayette Terrace, which makes people feel comfortable and cozy. Address: Lane 553, Fuxing Middle Road Transportation: Metro Line 13 Huaihai Middle Road

More
Reviews
Some reviews may have been translated by Google Translate
4.5/5Outstanding
All(14)
Latest
Positive(7)
Photos(6)
Reviews from Tripadvisor

Former Residence of He Xiangning