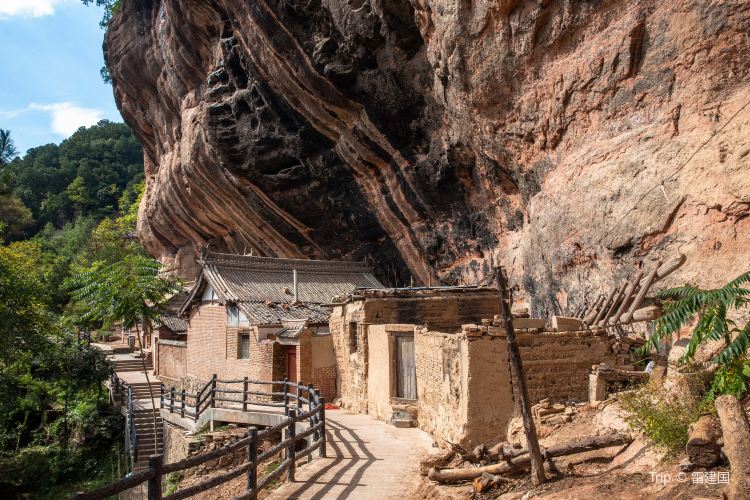 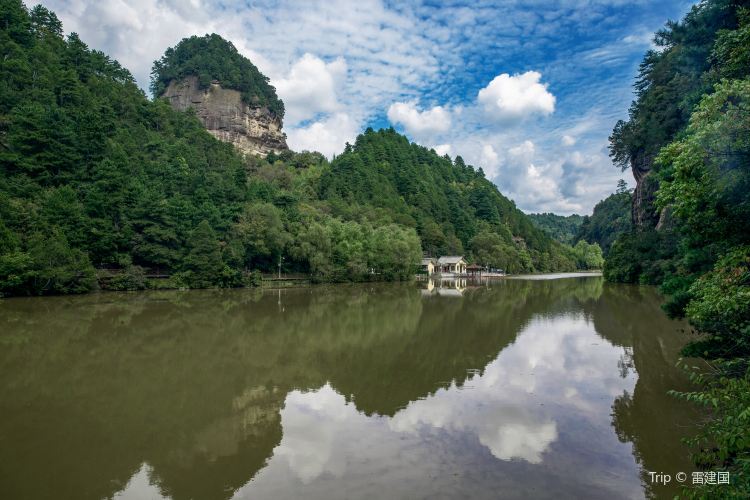 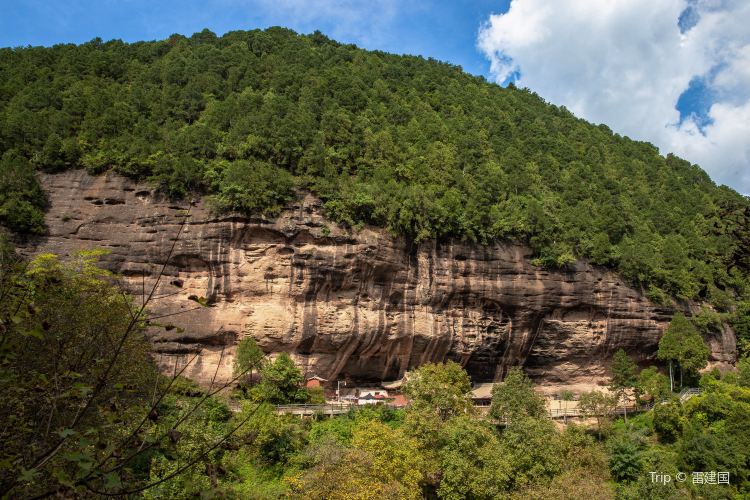 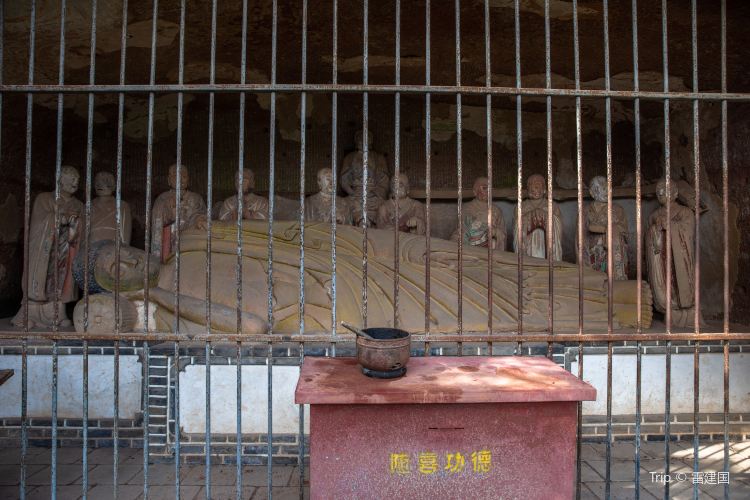 Maiji Mountain Scenic Area is actually very large, including Maiji Mountain Grottoes Scenic Area; Maiji Mountain Botanical Garden Scenic Area; Xianren Cliff Scenic Area. Of course, you also need to buy tickets for each [貓笑] I decided to take a deep tour of Tianshui. I saw the Maiji Mountain Grottoes yesterday, and went to the Maiji Mountain Botanical Garden this morning, so I focused on another scenic spot in the Maiji Mountain Scenic Area. The result did not disappoint us. It is said that there used to be sages living in seclusion here, hence the name Xianrenya. Most of the temples and temples on Xianren Cliff are built on the top of the mountain or under the flying cliffs, integrating the religious culture of Confucianism, Buddhism, and Taoism. You can also see the statue of Laozi, Confucius and Sakyamuni living in the same room (Figure 3). A cave temple where Buddha and Taoism are one. There are 197 statues from the Northern Wei, Song, Ming and Qing dynasties, and 83 square meters of frescoes are magnificent. From the Maijishan Botanical Garden, you will arrive at the Xianrenya Scenic Area along the winding mountain road for about ten kilometers. Tickets are 40 per person. You have to take a shuttle bus to get in. I asked about two kilometers and just walked up. When we arrived at a place where the shuttle bus couldn't get up, I asked the volunteers in the scenic area to tell us the approximate route, and then started the Xianren Cliff tour. Xianrenya Scenic Area is composed of Three Cliffs, Wulian Mountain and Six Great Temples. After reading the introduction, Wulian Mountain is endless. Only the Lingying Temple of the six major temples is still well preserved. Other damages are serious, so only Sanya can be seen. Along the road pointed by the volunteers, there were steep steps on the front. The volunteer girl said there were 409 steps in total. Because I was climbing the mountain yesterday and this morning, classmate Yang looked at it and said, are you sure you want to climb? I looked at the steep steps, it was better than going down here, so I gritted my teeth and climbed up. Stopping all the way, I arrived at West Cliff in about half an hour. Looking at the temples built under the sandstone cliffs of West Cliff, I am not only impressed by the extraordinary craftsmanship of nature, but also the wonderful ideas of mankind. The Buddha statues in the temple are even more colorful. Student Lao Yang kept feeling the aura in various temples, and went in time and time again. I sneered at him and said that now I don’t regret climbing 409 steps. After watching Xiya, in front of a small stall selling water, I ordered two cups and three turrets to drink slowly and take a breath. Drink enough to rest and continue to East Cliff and South Cliff. There are not as many things to see in West Cliff as these two places, but there are always surprises. There is a Thousand Buddha Shrine from the Northern Wei Dynasty on the East Cliff, and the beautiful Thousand-Hand Guanyin on the South Cliff. Although the old arms and legs of the mountain climbing for two days can’t be lifted with pain, but the harvest is full, I feel beautiful [貓笑][貨笑] [Fascinating laugh] No morning break, continue tomorrow [呲牙][呲牙]