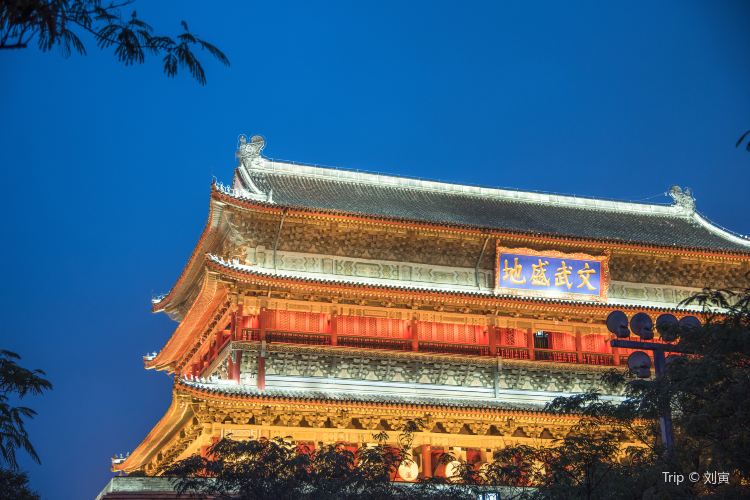 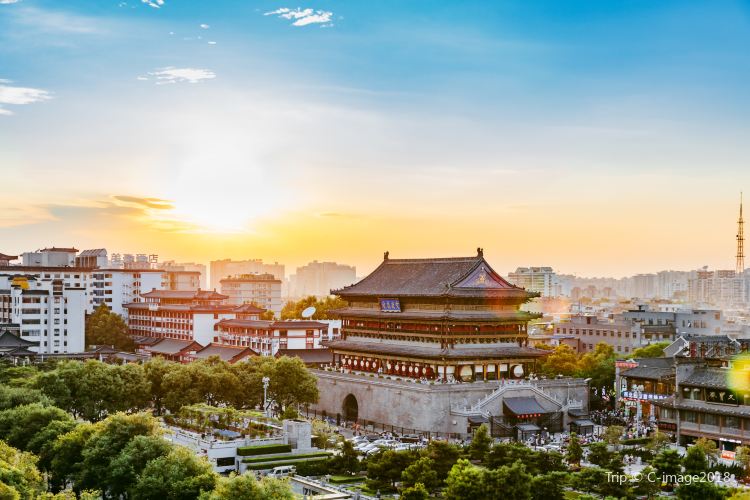 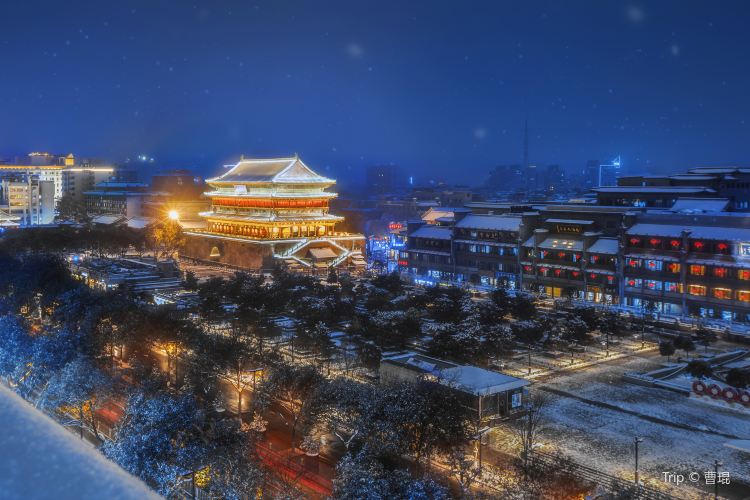 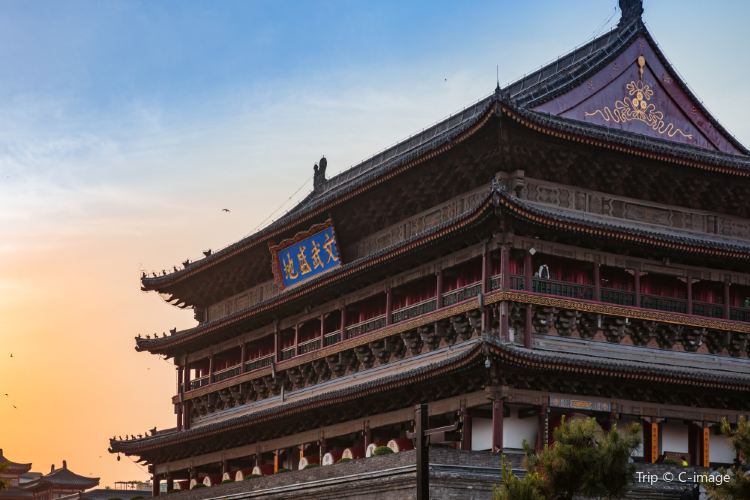 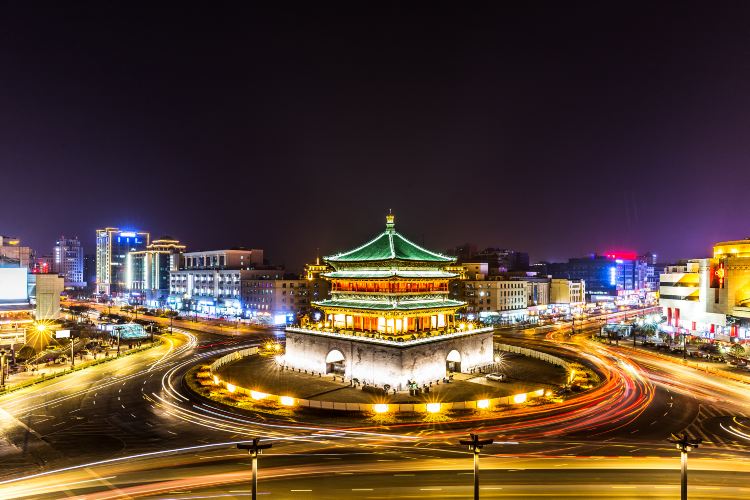 This place is super cool! discount for students (combo with bell tower for 50 RMB). they organize periodical performance of 3 songs. if when you go there you missed it, just wait max 30 mins! They use some instruments, which could remind us of a violin and of a guitare but they are different.

The Drum Tower in downtown Xi'an was built in the 13th year of Hongwu in the Ming Dynasty. It is over 600 years old. In ancient times, it was a time-keeping device. It is now one of the landmarks of the ancient city. On the south side of the Drum Tower, there is a plaque that says: "The Rich Land of Culture and Military". This plaque, together with the "The First Gate of the World" plaque in Shanhaiguan, are known as the "twin plaques of China". If you climb the Drum Tower, you can see a 1.8-meter-high drum. There are also 24 red drums engraved with 24 solar terms. They are very robust and impressive. To the north of the Drum Tower is theMuslim Quarter, which is a paradise for food enthusiasts.
Show More