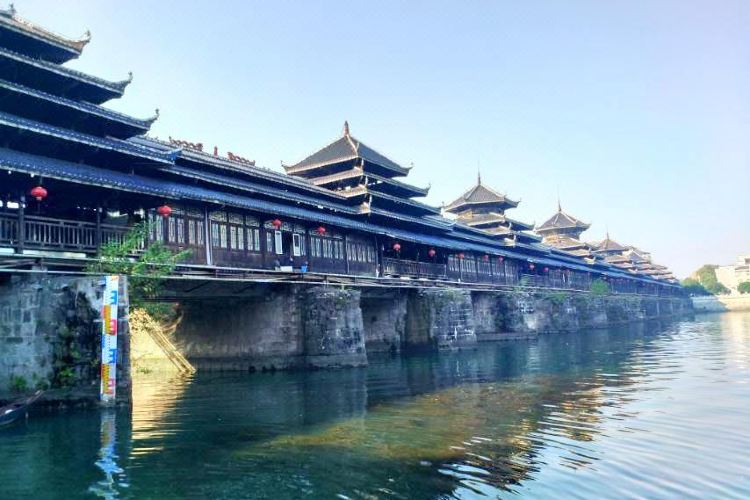 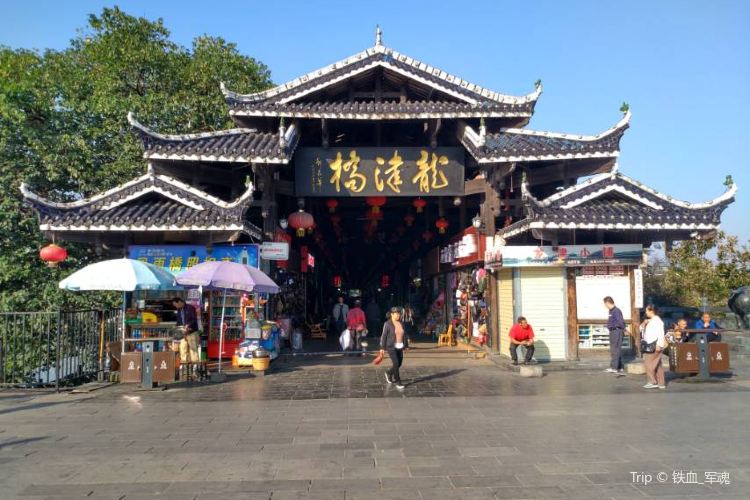 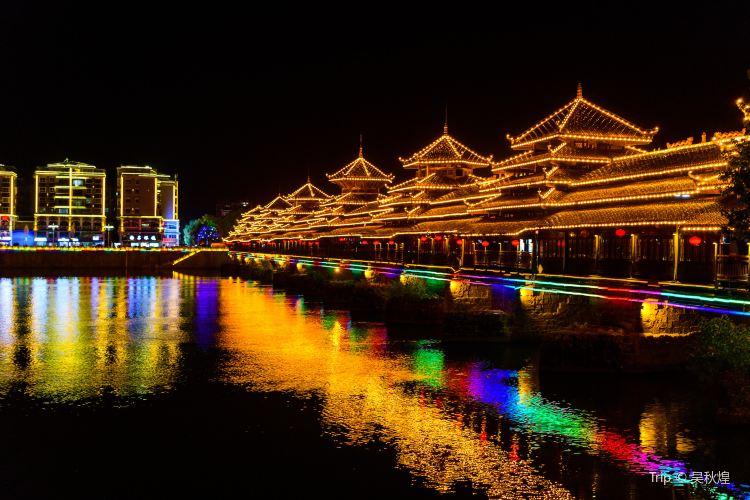 Hunan Huaihua City, for the Yi building a treasure. This bridge, also known as Huaqiao and Fuqiao, is the Yi people proud of the national building. The bridge by the huge stone bench, wooden structure of the bridge, the long corridor and pavilion combination. All but the stones were made of wood, and none of them was made of iron or nails. They were made of iron, and the wisdom of the ancients was seen.

More
Show More
Reviews
Some reviews may have been translated by Google Translate
4.5/5Outstanding
All(155)
Latest
Positive(137)
Negative(3)
Photos(69)
Reviews from Tripadvisor

The Longjin Covered Bridge is located in Zhijiang Dong autonomous county in Hunan province, and dates from the 19th year of Ming emperor Wanli's reign (1591 AD). After being established by an initial contribution from the famous monk Kuan Yun, it was repeatedly destroyed and rebuilt. It has always been an outpost for traffic on the Hunan-Guizhou road, and a very bustling location for merchants and travellers to gather on their travels. The entire bridge is constructed from wood, without a single nail or rivet, and stretches between the eastern and western banks in one piece. It has preserved the qualities of the Dong ethnic group's particular building style, as well as fully embodying the contemporary art of garden architecture.
Show More

Temple of The Queen of Heaven