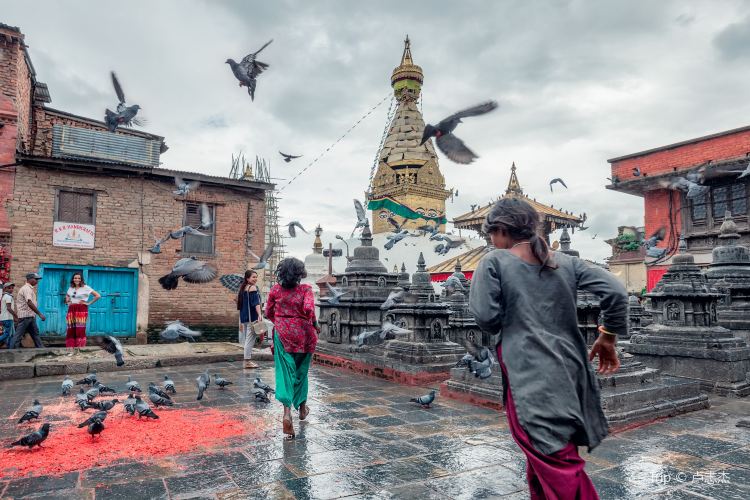 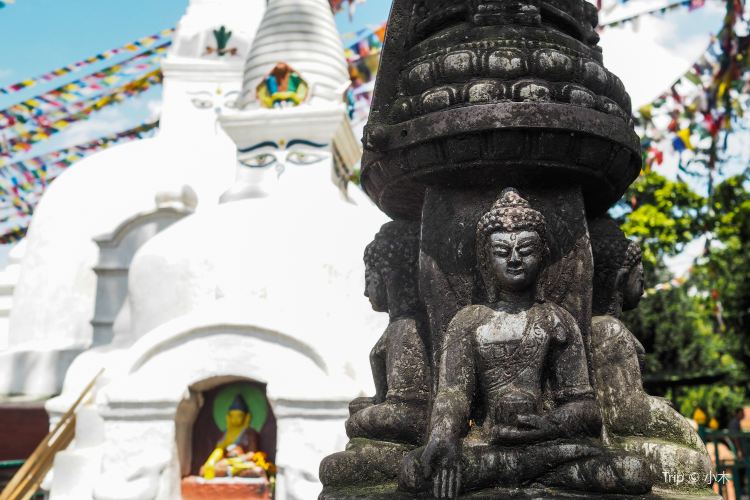 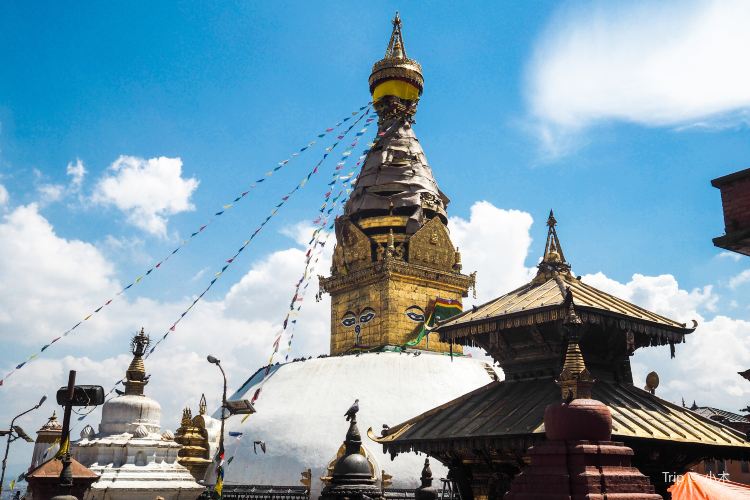 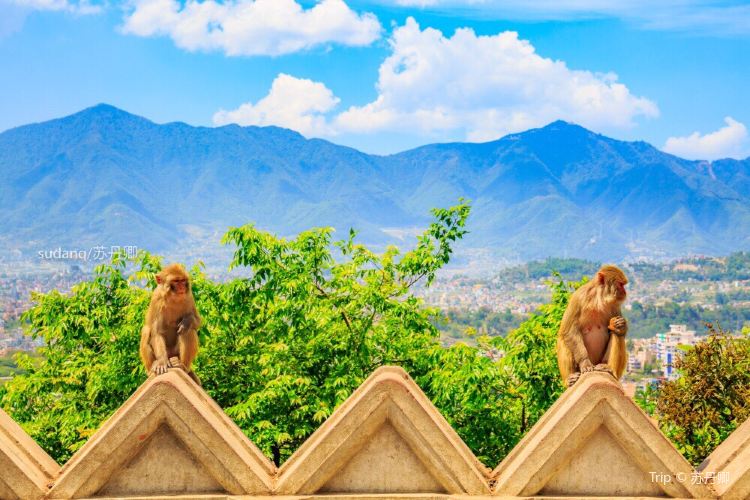 WOW! very decent place to see the whole Kathmandu valley. It is the holy place among the BUDDHA religions followers and you can see the different colours of small flag with Tibetan languages which spiritually bring peace in our souls.In the back site their is big 3 statues of LORD BUDDHA which is made by fully Brass.

Post
Swayambhunath Temple, Nepal "Monkey Temple". Swayambhunath Temple, the oldest Buddhist temple in Asia, has a history of more than 2,000 years. Some scholars believe that it is also the oldest Buddhist temple in the world, 800 years before Kathmandu. Listed in the world cultural heritage. But the environment is very beautiful compared to the dusty flying poplar in the Kathmandu metropolitan area.

Danae
Nepalese porters who haunted the monkey temple, did you think of Chinas mountain pickers? The Swayambhuna Temple is also known as the "Monkey Temple". It is named after many wild monkeys in the temple. It is an ancient architectural temple in the Kathmandu Valley of Nepal. It is the most spectacular Buddhist shrine in the world. First, it is also the oldest temple in Asia.

Danae
Although Hinduism is the national religion of Nepal, in addition to Hinduism, Buddhism has a very strong influence in Nepal. Although Buddhism was not formed in Nepal, it was the birthplace of the Buddha. Therefore, if you want to go to the Buddhist shrine in Kathmandu, you can see it: Swayambhunath Temple can't be missed. This is one of the most spectacular Buddhist shrines in the world. It is also known as the Temple of the Four Eyes. It was built in the 3rd century BC and is one of the oldest Buddhist scriptures in Asia. Because there are so many monkeys in the temple, It is called "Monkey Temple". But it also has a name: Four Eyes Temple. It is located on the top of the mountain in the west of Kathmandu. It is full of Kathmandu in the shadow of the snow-covered Himalayas. The forest of the valley, you can not only see the superb art of architecture, but also enjoy the scenery of the whole city.

Danae
The monkey temple in Kathmandu is an amazing place full of history, culture and of course monkeys! if you want to experience the real sensation of Buddhism you definitely need to go and walk all over the place. 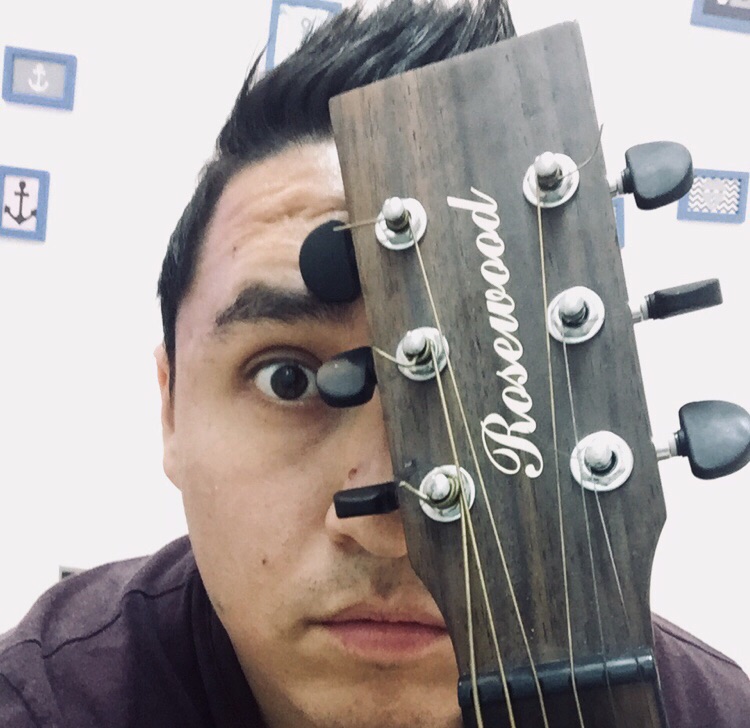 Located on a hill west of the Kathmandu metropolitan area, Swayambhunath Stupa is an ancient Buddhist temple and is listed as a UNSECO World Heritage Site. Because there are many monkeys here, they are also called "monkey temples". When you come to the Monkey Temple, you will see the golden stupa in the center. Although it is smaller than the Bodha Big Stupa, which looks similar to it, it stands out on the top of the mountain. In addition to the pagoda, there are some other temple buildings on the top of the mountain, and you can also overlook the scenery under the observation deck.
Show More