Reviews about 25th of April Bridge

The Golden Gate Bridge in San Francisco and the Golden Gate Bridge in the United States were built by the same company on April 25. They are not only very similar in shape, but coincidentally both of them are located in cities on the west coast of different continents. No wonder when I first entered Lisbon, I felt like I was in San Francisco! Funny thing is, I sent pictures of this bridge to friends circle. Many good friends were deceived and thought I had arrived in the United States! ___________ 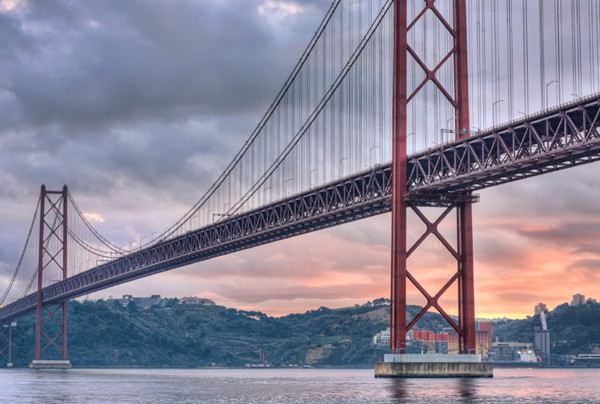 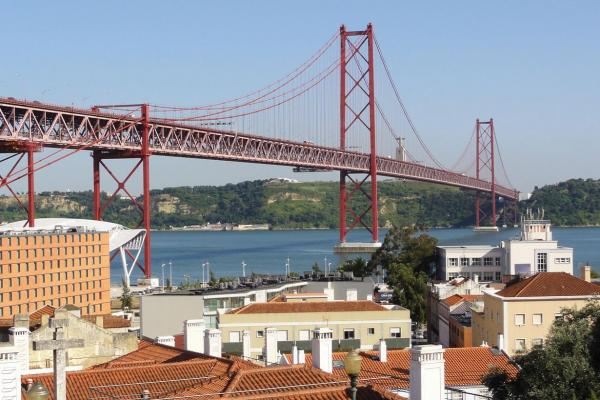 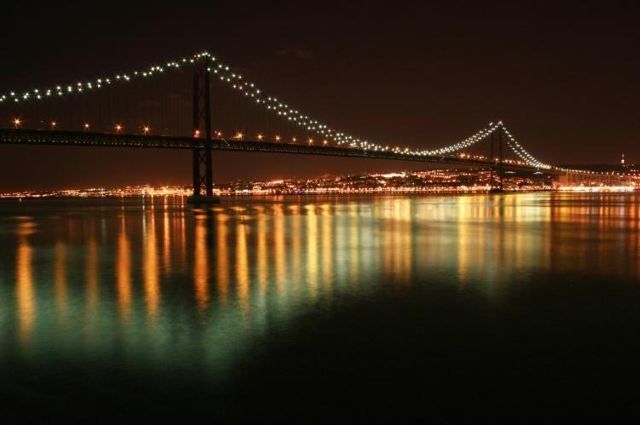 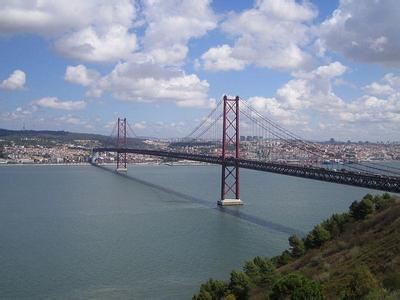 大姐小露開心果
大姐小露開心果
5/5
Reviewed on 7 Nov, 2017
2
5/5
April 25 Bridge is a suspension bridge across the Terra River connecting Lisbon and Almad, Portugal. The length of the bridge is 2,277.64 meters. The upper six-lane train platform is built on the lower floor of the bridge in 1999. Although the shape of the bridge is similar to the Golden Gate Bridge in San Francisco, the contractor was not the same company when it opened on August 6, 1966 with Sal, the then dictator. Named Salazar Bridge, Portugal overthrew the dictatorship of Salazar on April 25, 1974 (later known as the Clove Revolution). In memory of the historical moment when the Portuguese people overthrew the military government and established democracy in the Clove Revolution, the bridge was renamed the Bridge "April 25" at the end of which was a god of navigation protection that had been established for hundreds of years. The men who sailed on the mountain with open arms always set out under this sculpture to the unknown world. At dusk, we crossed the bridge and climbed the bridge on the top of the statue of Christ Rei, overlooking the beautiful bridge, overlooking the sails of Lisbon Bay, and seeing all the sights from the east to the castle of Saint Jorge to Belenta and Cascades. Even the distant Palace of Pena can be seen.
诗意情节
诗意情节
5/5
Reviewed on 24 Jul, 2017
8
5/5
On April 25, the bridge is a suspension bridge across the Tejo River, connecting Lisbon, Portugal, and Almad on the other side. This bridge and San Francisco Golden Gate Bridge are sister bridges built by a company. Personally, the shape and color of the bridge are similar to those of the Golden Gate Bridge. What do you think?
瑜之翼
瑜之翼
5/5
Reviewed on 11 Feb, 2017
3
5/5
What, where do you say this is? Golden Gate Bridge, ha ha, yes, half of the answer is the same origin of the two bridges, a designer's work, but this bridge is actually Lisbon, Portugal, the name of the bridge can also remember 425 Bridge, definitely not only 425 meters, as to why 425, leave a doubt you can unlock it yourself.
_GG***73
_GG***73
5/5
Reviewed on 15 Jan, 2020
0
5/5
very beautiful and nice view from the jesus statue of Lisbon (not Rio de Janeiro), you get a whole view of the city.
Show More