Engineering Marvels in China: From the Great Wall to the World’s Fastest Train

It’s hard to imagine just how massive and expansive China is as a country. In total, it’s nearly 3.7 million square miles — about the size of all of the United States if you included Alaska and Hawaii — and is home to over 1.38 billion people. With all that land mass and all those people, it’s no wonder China has been an engineering powerhouse for centuries.

When you first think of China, images of the Great Wall and the Chinese New Year may come to mind. But China’s innovation has continued to this day, and massive creations and engineering marvels can be found across this great country in many of its world-renowned and economically-prosperous urban centers.

If you’re a student of engineering — or simply amazed at modern architecture — then China should be on the top of your bucket list. Full to the brim with unique construction and massive steel and concrete structures, China is a booming engineering powerhouse waiting to be explored. Here are some of the top engineering marvels in China today.

Modern Landmarks in China to See

China is well known for being the home to one of the “Seven Wonders of the World,” the Great Wall of China, but the ingenuity of this country didn’t stop after the creation of the Great Wall. Because China has always been such a large country with a massive population, the modern government has taken strides to promote growth and education so that a strong future could be established for the country.

Currently, China has built the most skyscrapers for two consecutive years (2017-2018), trumping almost all other countries. In 2018 alone, China built 88 massive towers of glass. The country that came in second was the United States, with only 13 skyscrapers constructed in the same year. In 2017, China had 76 built with the USA having 10.

All this construction means China is preparing for a more prosperous future; full of technology, economic growth, job opportunities, and accommodating for a growing population. When you come to China as a tourist, you can see some of these advancements first hand. Below are some of the biggest engineering feats in China today. 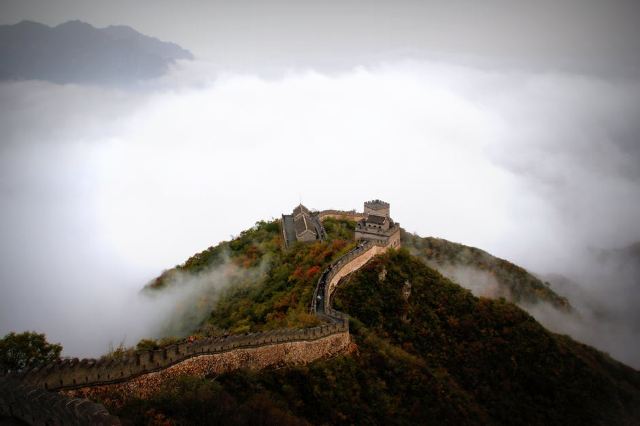 The Great Wall of China certainly stands as one of the earliest forms of engineering greatness in this country. The wall itself was built in small sections over a 2,000 year period, with the earliest construction taking place in the 4th century BC, and the most modern sections being completed in the 17th century AD.

The Wall’s primary purpose was to protect the people of China from northern invaders, which were mostly nomadic Mongolians living in the Eurasian steppe. The Wall was very successful in defending the country, and also worked as a means for transporting goods in an otherwise mountainous and treacherous area. To this day, the Wall is considered one of the biggest architectural feats of the past, and is the longest building ever constructed: measuring (collectively) over 21,196 km (or 13,171 mi).

If your trip to China doesn’t include a visit to the Great Wall, you may be missing out on one of the most iconic tourist destinations of the country and the world. The most popular sections of the wall tend to be situated just north of Beijing, and are about 1,200-300 years old, respectively. 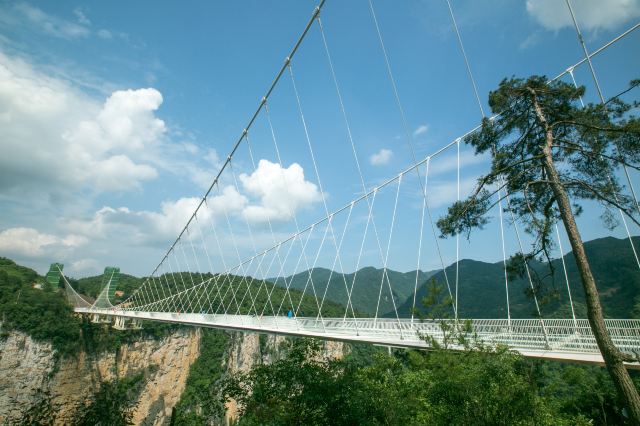 A much more modern creation, the Zhangjiajie Glass Bridge is the tallest and second longest glass bottomed bridge in the world. It was constructed and completed in 2016 specifically as a tourist attraction, and stands about 300 metres (980 ft) above the ground. It’s the length of three football fields, or about 430 metres (1,410 ft) across.

The bridge is constructed of metal support structures, with wires spanning the gap, and three layers of 2 inch-thick tempered glass. The bridge is able to hold up to 800 people, and sees about 8,000 people per day. It also has a built in bungee-jump area, which is considered to be one of the highest jumps in the world. Overall, the bridge has broken about 10 world records since it’s construction. 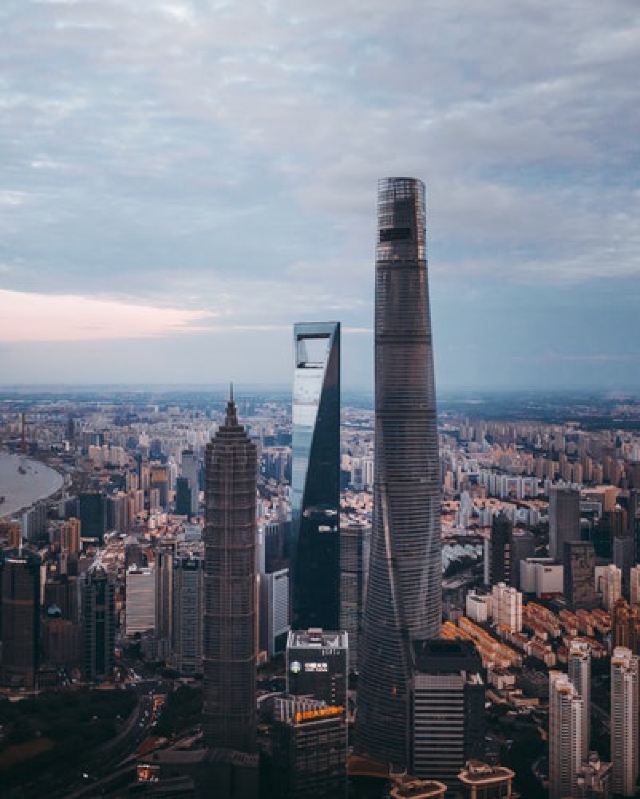 If you ever fly into Shanghai, chances are you’ll spot the Shanghai Tower rising above all of its neighboring buildings. This tower is the second tallest skyscraper in the world, with the world’s highest observation deck connected to a building, and the world’s fastest elevator (shooting upward as fast as 46 mph/74 kph).

The building has 128 stories, with a mixture of leisure, office, and retail spaces. There is also a luxury hotel being built within the building, adding to the growing hospitality industry within the city. Construction began in 2008 and was officially completed (inside and out) in 2015, with the observation deck opening to the public in 2017. The tower is recognized not only for its size, but for its focus on sustainable, green architecture elements, as well. 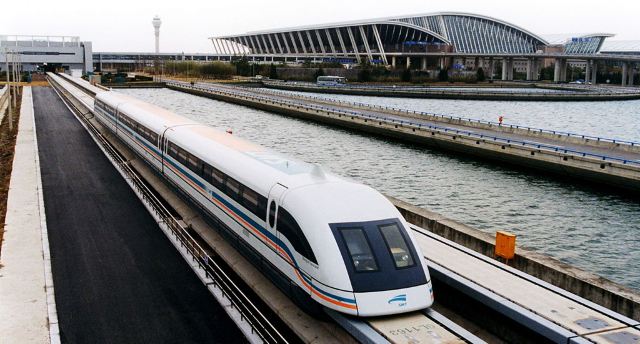 Another must-see attraction in Shanghai is the levitating magnetic train (commonly known as a “maglev”) that stretches from Shanghai Pudong International Airport to central Pudong, the business district of Shanghai city. This high speed rail is the fastest commercial high-speed electric train in the world, with top speeds recorded of 268 mph.

Although primarily built for political reasons, the train does provide proof of the ingenuity and engineering might of China, as well as strengthen the rail economy. Besides the HSR in Pudong, more trains are being constructed in the region, including the Yixinou train which carries freight across eight continents: from Yiwu, China to Madrid, Spain. Additionally, the country is constructing an underwater tunnel for the HSR in the eastern province of Zhejiang. 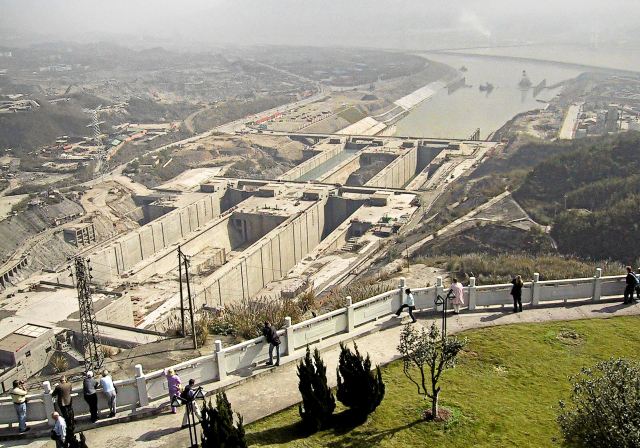 Located halfway between Hong Kong and Beijing is the world’s largest power station and largest hydroelectric dam: the Three Gorges Dam on the Yangtze River. Although fraught with some controversy, the dam is a massive construction of concrete, complete with a ship lift, water turbines, and flood storage space aimed at alleviating the potential for flood waters downstream from the site.

The dam not only serves as a powerstation, but as an addition to China’s commitment to a more sustainable future, with the potential to limit greenhouse gas emissions. The original vision of the dam was first conceived in 1919, but the construction and completion wasn’t complete until 1994 through 2012. The dam is located in the Yiling district of Yichang, Hubei province of south-central China.

Potentially one of China’s most unique modern structure is the Bird’s Nest or Beijing National Stadium in Beijing, China. This unique building resembles that of a steel constructed bird’s nest (hence the name), complete with seating for up to 91,000 people. Designed by Swiss architects and a Chinese artist, the stadium cost (US)$428 million to complete.

Although not a single individual construction, the Pearl River Delta (PRD) is one of the most economically prosperous, densely urbanized, and rapidly growing regions in China. Some consider the area to be a budding megacity, home to about 57.15 million people, and the World Bank Group has deemed the PRD as the world’s largest urban area in both size and population.

But it’s not just the people that inhabit this area that make it significant. It is also a major economic area for the entire Guangdong province, and the overall country of China. Overall, about 5 percent of the world’s products are being made in this region, which includes the cultural hub and popular tourist destination of Hong Kong. Manufacturing warehouses and many Hong Kong-based businesses provide the majority of jobs within the area, and the area has historically been referred to as the “World’s Factory.”

When flying into Hong Kong, you may notice that the densely populated area is surrounded by water and forests, with massive skyscrapers dotting the landscape. The Pearl River Estuary empties into the South China sea, stretching from Hong Kong and Macau on the coast up to the city of Guangzhou.There are many exciting things to see in this area, including the Guangzhou Opera House and the Guangzhou Library (both located in Guangzhou), Disneyland Park Hong Kong, the Macau Tower (in Macau), Victoria Harbour and Victoria Park (both in Hong Kong), and the massive Hong Kong-Zhuhai-Macau Bridge which is currently under construction.

Just recently completed in 2018, the Hong Kong-Zhuhai-Macau Bridge is the longest sea-crossing bridge in the world. It consists of undersea tunnels, cable-style bridges, and four artificial islands. Connecting three of the major cities in the PRD — Hong Kong, Zhuhai, and Macau — the bridge is a massive feat that is designed to last for 120 years or more.

China is no stranger to sea-crossing bridges, and the previous record holder for the longest bridge was in the eastern coastal area of Hangzhou, where the Hangzhou Bay Bridge connects between Jiaxing and Ningbo in the Zhejiang province.

No matter where your trip to China takes you, there are plenty of engineering marvels to see across this huge country. From the mouth of the South China Sea where Hong Kong resides, to the eastern tip of Shanghai, the country of China is full of wonderful marvels waiting to be witnessed. 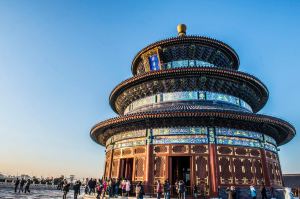 Engineering Marvels in China: From the Great Wall to the World’s Fastest Train  |  Everything You Need to Know About the Chinese New Year